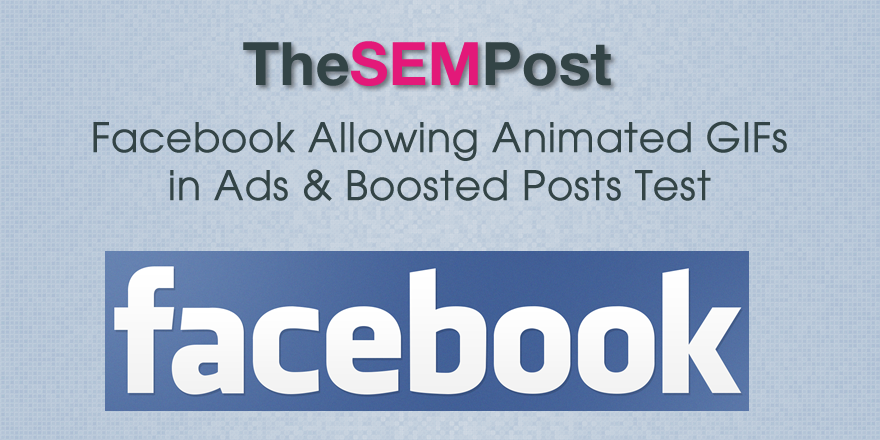 It seems that auto-play video ads aren’t the only thing that will be annoying Facebook users.  Facebook is now allowing businesses to post animated GIFs in both ads and boosted posts.

Facebook will begin testing them on Facebook Pages and on Boosted Posts on a small percentage of Facebook Pages.  It isn’t clear if those who will be able to test them will be notified or whether Facebook Page owners should try uploading animated GIFs – if you are not enabled into it, Facebook will simply show the first image in the GIFs set.

The images will autoplay immediately for logged in users.  Here is an example of Wendy’s utilizing an animated GIF.  However, interestingly, if the user is not logged in, they are prompted to click to animate, such as this: 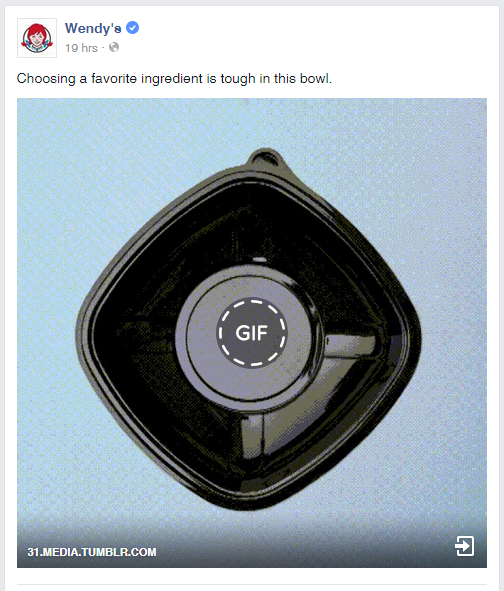 These are not going to be available in sidebar ads, only boosted Page posts at this time.

For those who don’t like the idea of animated GIFs cluttering up ads on Facebook, there is hope.

Facebook tells me “GIFs can be a fun and compelling way to communicate, so we’ve started testing GIF support in posts and boosted posts for a small percentage of Facebook Pages. We will evaluate whether it drives a great experience for people before rolling it out to more Pages.”

So if users hate them, we might not see them roll out more.  That said, if advertisers love them – especially if they are willing to pay a premium to use an animated GIF – we could see the test become permanent for all Pages.

Google has released a brand new version of the Quality Rater Guidelines, the third one this year.  … END_OF_DOCUMENT_TOKEN_TO_BE_REPLACED