You are here: Home / Google / Google Will Be Transparent About Substantial Penguin Changes 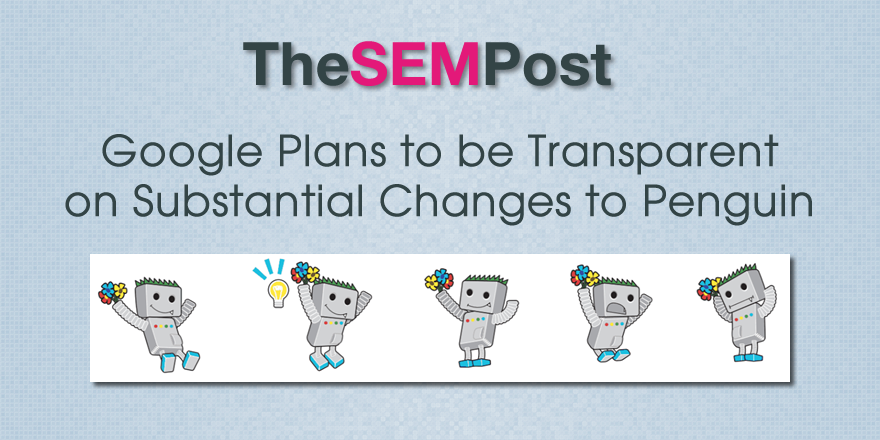 Since Google finally released the real time Penguin update last year, there hasn’t been any word about changes they have made since then.  But what about changes in the future?

Gary Illyes has confirmed that Google plans to be transparent about “big substantial changes” to the Google Penguin algo.

It is hard to know what qualifies as “big substantial changes”.  But it does fall in line with the Google Panda algo.  Since they did their last Panda update, it is presumed it has been tweaked, but Google has not made any announcements about any major changes to Panda since then.

It could mean that Google has made minor changes to Penguin since real time Penguin released, which wouldn’t be unexpected, since the new real time Penguin was so different compared to all the previous Penguin versions.  And making minor changes would make it more difficult for spammers to reverse engineer it, although anyone manipulating links can still be hit with a Google link related manual action.

But it is good to know that any significant changes should come with some kind of announcement, to help those site owners who might have their sites impacted with new changes.

Google has released a new version of the Google quality rater guidelines, a year after the last … END_OF_DOCUMENT_TOKEN_TO_BE_REPLACED