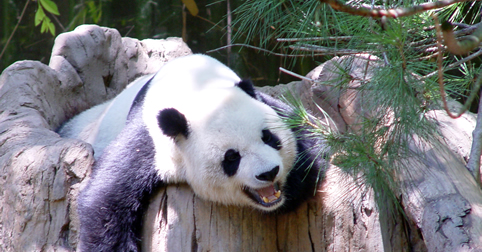 Google has confirmed that they are slowly rolling out a new Panda algorithm update, the first one since the 4.0 update that happened back on May 20, 2014.

The latest Panda algo began slowly rolling out this week with plans for it to continue rolling out until sometime next week.  Pierre Far from Google states that many high quality small and medium sized sites are ranking higher after this update, which is good news for smaller sites that tend to struggle against larger sites.

Based on user (and webmaster!) feedback, we’ve been able to discover a few more signals to help Panda identify low-quality content more precisely. This results in a greater diversity of high-quality small- and medium-sized sites ranking higher, which is nice.

This Panda update affects 3-5% of queries, depending on the locale.

While Google hasn’t confirmed, it appears this is likely a 4.1 update, rather than a 5.0 update which would have a larger impact – the 4.0 impact affected 7.5% of queries.

Surprisingly, there hasn’t been too much chatter on various forums of winners or losers yet, however Google did announce it very late in the day (4pm PST) and it is also a rollout that could take as long as two weeks, so it might not be until late next week that we have more concrete data on how and what this update impacted.

However, Alan Bleiweiss shared analytics data from one of his clients that saw a definitive bump in the past few days.

Mozcast on the other hand saw a spike to 80 degrees on Sunday, but has hovered between 68-70 since then. 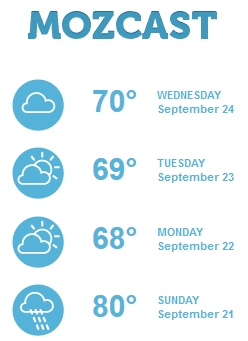 The Panda algo is designed to push lower quality or thin content sites lower in the search results while promoting quality sites higher.

For those who were  hit with Panda 4.0 could see their sites begin to rebound with this update if they managed to do enough work where the new update no longer impacted them.  However, it also means there are likely sites that were hit with this update after being previously hit.

It is also interesting that this Panda update coincides with the Private Blog Networks (PBNs) that were getting penalized earlier this week.  So there is a very good possibility that this Panda updated included signals that would also impact PBNs which resulted in many of those networks receiving penalties for having “thin content with little or no added value.”  While initially it seemed odd that they were hit with a thin content penalty, in the context of Panda, it makes much more sense.

But for those hoping for a Penguin update, unfortunately you are still waiting for it 🙁

Added: There are lots of confirmations that this began rolling out on September 23rd.

Google has released a brand new version of the Quality Rater Guidelines, the third one this year.  … END_OF_DOCUMENT_TOKEN_TO_BE_REPLACED