You are here: Home / Google / AdBlock Plus Selling Ads to Display in Place of Blocked Ads 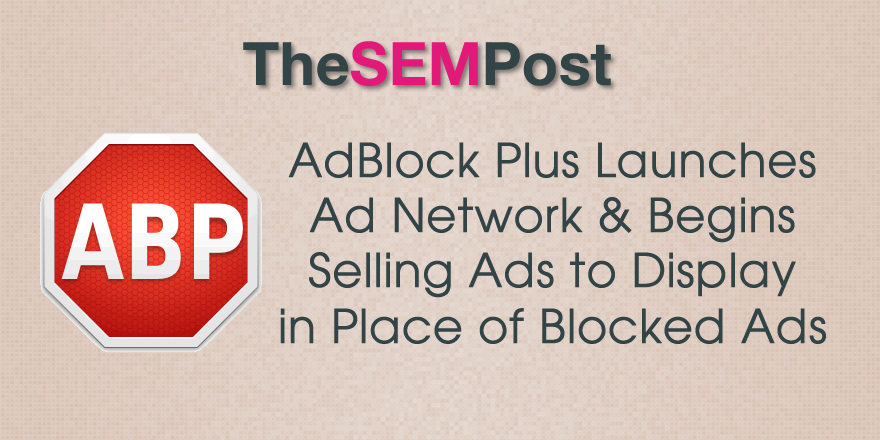 AdBlock Plus, the most popular tool to block ads on websites, is now selling their own ads through a partnership with ComboTag .

AdBlock Plus has launched the Acceptable Ads Platform, a new ad network that replaces the blocked ads on a website – ads that would normally disappear on a site for a user running AdBlock Plus – own ads instead.

This puts AdBlock Plus in an interesting position.  They are blocking publishers from earning revenue from the ads they place on their websites when an AdBlock Plus user visits the site… and now they want publishers to then sign up with the same company to run AdBlock Plus’ new Acceptable Ads Platform which AdBlock Plus financially benefits from.

Of course, the new Acceptable Ads Platform is not the only revenue stream for AdBlock Plus.  Some companies pay AdBlock Plus for their ads to be whitelisted in the program… including Google, Bing/Microsoft and Taboola.  And the revenue from this whitelisting is believed to be very significant.  The list of exceptions can be found here, and includes some rather interesting sites.  For example, while AdSense isn’t whitelisted by default, some publisher sites have AdSense on their own sites whitelisted.

On the positive side, AdBlock Plus does not seem to be replacing ads on sites where the publisher hasn’t signed up for their program.   But if advertiser demand is high enough, there is always the possibility they could begin showing those ads to users in the future.

Pierre Far from Blockmetry is concerned about how the ad serving will work and “whether they’re guaranteeing their ad placements will not be blocked. If they’re blockable, what they’re producing is no different than any other ad tag. If they’re not blockable, there could be a serious backlash.”

AdBlock Plus users can disable the “non-intrusive advertising” with the option here, but there is no way of knowing if this could be removed in the future.  They also say that only 8-10% of users actually disable this option in the settings. 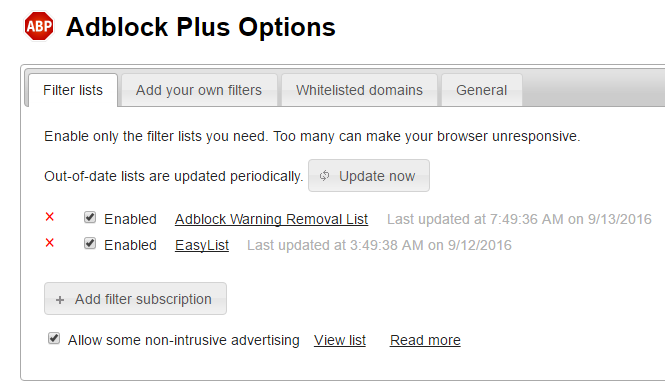 According to their FAQ, they claim that users will not see more ads, although if they are replacing non-served ads with their own, it is clearly going to mean the end user sees more ads.  From the FAQ:

AdBlock Plus does anticipate some users will remove the software from their browsers due to the change.  According to this imgur image, they have added “I don’t like the Acceptable Ads program” as one of the options when asked why it is being removed. 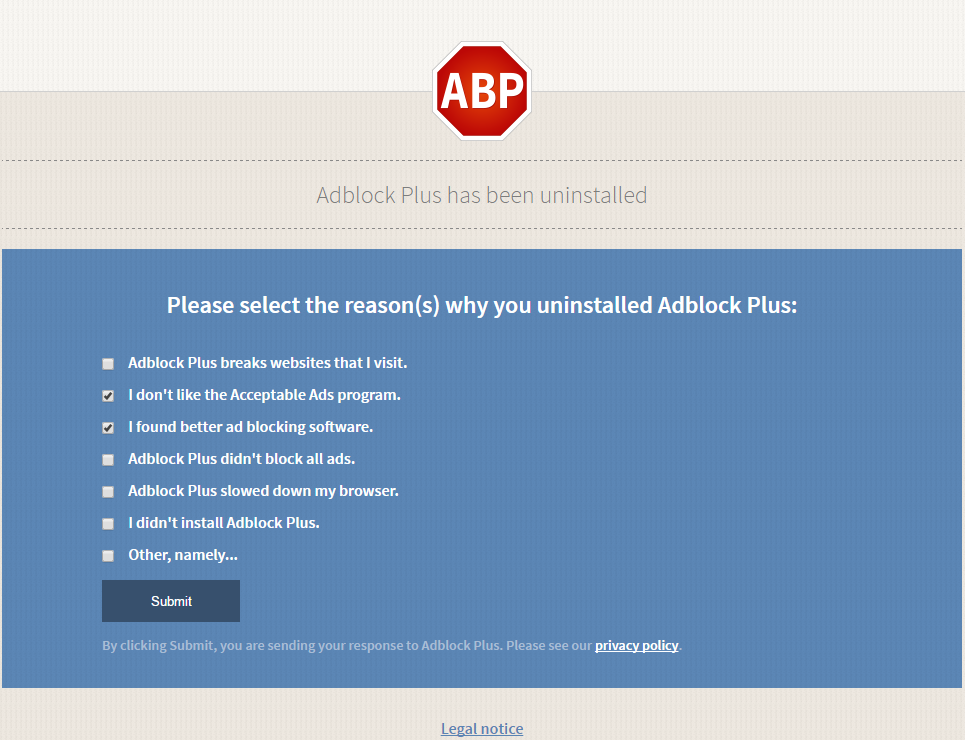 It will be interesting to see how the user base reacts to this change and whether many uninstall AdBlock Plus in favor of one of their competitors.

Google has released a new version of the Google quality rater guidelines, a year after the last … END_OF_DOCUMENT_TOKEN_TO_BE_REPLACED