You are here: Home / Publishers / AdBlock Plus Releasing New Micropayment for Content Product Flattr Plus 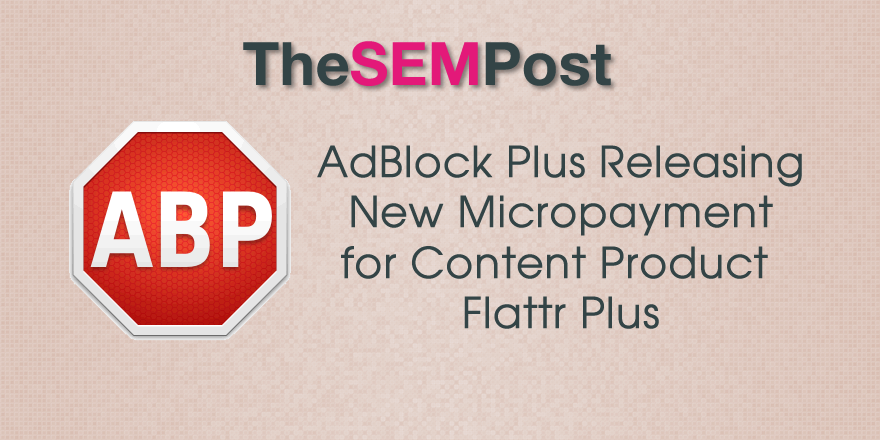 It looks like AdBlock Plus has figured out a better way to monetize off all those people who use their ad blocking technology to block ads.  They are teaming up with Flattr to offer a program for micropayments for content, as a way for publishers to monetize off those who are blocking ads, and their ad revenue.

Together, the two companies have created a new product called Flattr Plus. Like Flattr itself, it allows users to allocate a monthly budget that they want to pay publishers. Unlike Flattr, users don’t have to click a button to “Flattr” a website — instead, it will automatically track their browsing activity and distribute the money based on their engagement.

It sounds somewhat similar to the way a company like Spotify distributes subscription fees to musicians — except it’s not just for artists on a single website or app.

The product is in testing now.  The beta will be later this summer and Flattr Plus expects it to go global by the end of the year.  The beta will give Flattr Plus time to figure out how best to measure engagement in order to distribute payments to publishers.  This is more in line with how Google Contributor works.  So it isn’t a way for publishers to put content behind paywalls and allow visitors to pay small amounts to read a specific piece of content individually.

Interesting, it sounds as though Flattr Plus will hold revenue earned by publishers who don’t sign up, but will release it when they do sign up.  But this could mean that Flattr Plus could earn a significant amount of revenue off those publishers who never sign up, versus splitting the revenue amongst the ones who are signed up.

Flattr Plus expects to generate half a billion dollars in revenue over the next year for publishers.  However, that would depend on AdBlock users actually paying Flattr Plus, and it remains to be seen just how many AdBlock Plus users actually will.

Google has released a new version of the Google quality rater guidelines, a year after the last … END_OF_DOCUMENT_TOKEN_TO_BE_REPLACED