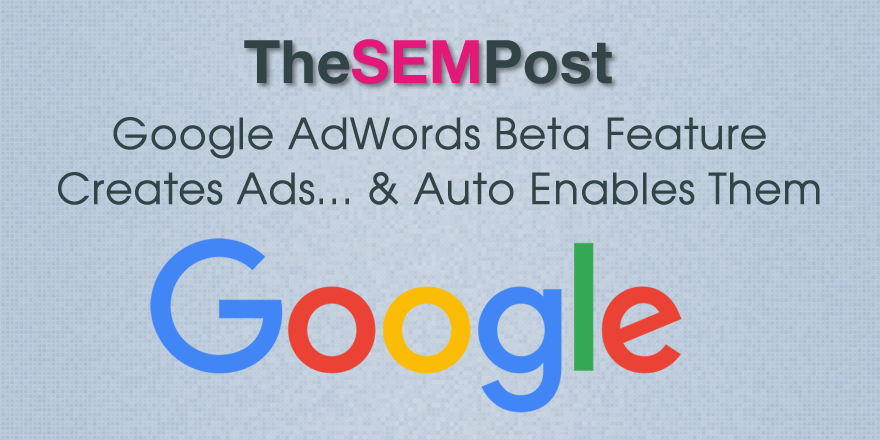 There is a new Google AdWords beta that is causing some concern among advertisers – namely that Google will suggest new ads to run that it feels will perform well.  But if the advertiser doesn’t respond to those suggestions within 14 days, instead of removing them, Google will instead automatically enable those ads and start running them, costing the advertiser money for ads they have not explicitly approved.

The issue isn’t that Google is suggesting new ads.  That specific part of the feature is something many advertisers could find useful.  It is the fact Google will automatically start running those ads after 14 days, unless you go into the account and specifically remove them.

Ryan Cox shared the letter he received from Google AdWords about the new beta feature. 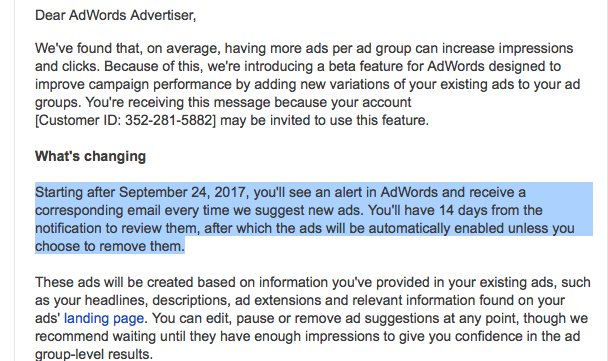 Again, it is important to note that this is a beta feature for select advertisers right now.  But many betas do end up released to all advertisers, so this could become a future feature.

Obviously there is a lot of danger in this feature.  If an advertiser doesn’t log in regularly for any reason, they could end up running unwanted inappropriate ads.  If Google’s automated ad creation picks up information from a landing page that shouldn’t be used in ads – such as a competitor’s brand that could be on the landing page text for comparisons, that advertiser could run into issues with the ads being automatically enabled if not removed within the 14 days.

On the positive side, Google could potentially come up with some interesting or worthwhile ads for advertisers to test.  But not many advertisers would be happy with Google automatically enabling them if they don’t remove them within 14 days.

We finally have the first Google Quality Rater Guidelines update of 2022, and like usual, it is … END_OF_DOCUMENT_TOKEN_TO_BE_REPLACED