You are here: Home / Bing / Bing Moves Into Conversational Search

Google made a big splash when they announced they were moving into conversational search and now Bing has announced that they too will be doing the same.

“For all kinds of searches, Bing lets you ask a question the way you would ask a friend,” says Yan Ke, Principal Development Lead, Bing Relevance Team.   “For example, who is the President of the United States or the tallest building in the world, or who played Morpheus in The Matrix, Bing will show the most pertinent information about Barack Obama, Burj Khalifa in Dubai and Lawrence Fishburne.  So, by combining conversational understanding with our knowledge repository containing information on billions of people, places and things, you can dive and learn more about a topic or interest.”

Conversational search makes things more intuitive for those who are doing voice search and then tailors search results for resulting queries when it is obvious it related to the previous query.  For example, if you ask “what is the tallest building in the world” and the next question is “when was it built” or “who designed it”, Bing would know your search is related to the tallest building query.

Conversational results are displayed at the top of the page with a larger knowledge graph style box similar to Google’s on the right. 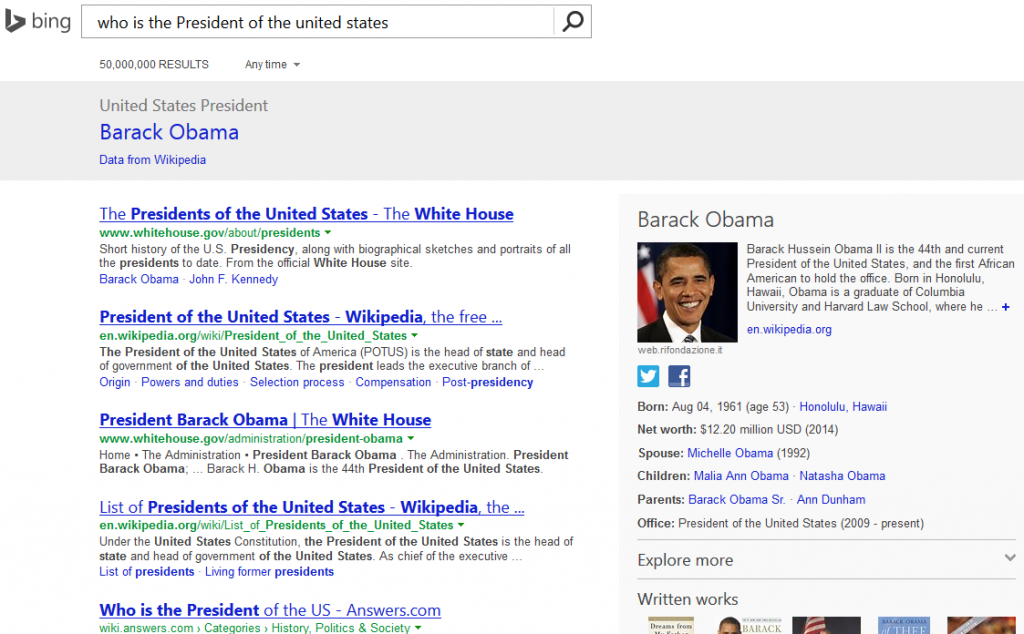 “These improvements build on extensive work we have done to build out the Bing platform including investments in entity and conversational understanding,” says Ke.  “This is a long journey, and we expect to deliver a number of additional improvements in the days ahead.”

There is no word yet on what the upcoming improvements will be, although as they are requesting feedback on Twitter, it could be in the form of bug improvements or specific conversational queries that don’t seem to be working correctly.

The blog post did not say if Bing would be following Google’s lead with “OK Bing.”