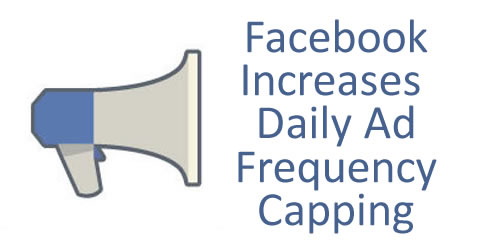 Facebook has been alienating brands by their constantly changing algorithms to reduce a brand’s Facebook Page exposure to their fans organically.  However, they did make a slight change for advertisers that means they can increase the number of times one of those fans (or other Facebook users) see their Facebook ads.  Previously, an advertiser was restricted to once per ad.  However, Digiday reports that Facebook is increasing it to two views per day in the news feed.

Some of the previous ad restrictions will remain in place, such as the restriction that a Page will only be able to show an ad – regardless of how many they might be running – a maximum of four times within the news feed. 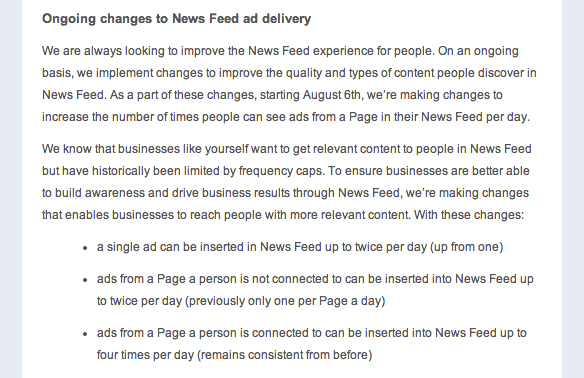 On the surface, this does seem like a cash grab.  Sometimes, because of the ad restrictions, there might not be enough viewers for an ad budget, and some of the daily budget ad spend goes unused.  And also, if the ad spend is depleted quickly, something that is much more likely to happen with this change, it encourages advertisers to up that daily spend higher.

This move means that brands can get more paid exposure – particularly if they are strictly looking for brand exposure, but they also run the risk of annoying or alienating Facebook users when they see the same ad repeatedly.  There does not seem to be a way to disable this, so your ad spend will be shown to more people.  Under this change, and ad that might have been displayed to 100 individual people could potentially only be shown to 50 individuals, although they see it twice.  This really isn’t a good move for Facebook advertisers unless they are simply wanting a brand building campaign or they have an unlimited budget they never hit the ceiling on.

The change went into affect August 6th, so if you started noticing changes in your Facebook budgets, that is likely why.