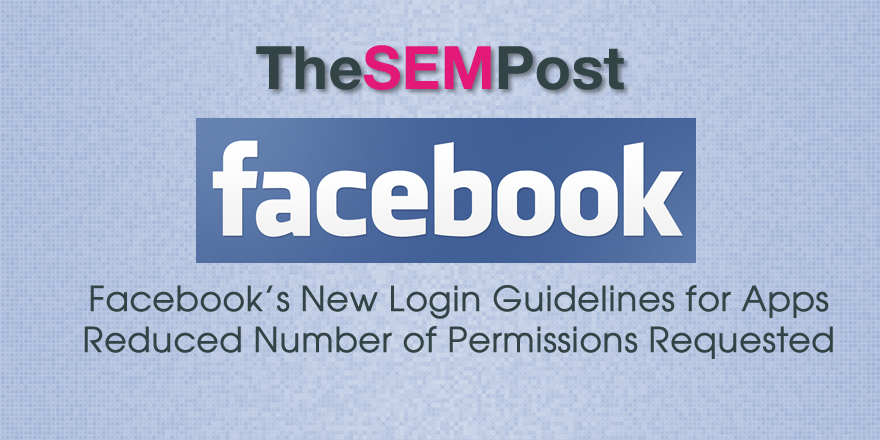 Facebook changed their guidelines for apps that make it easier for users to see exactly what permissions each app is asking for, as well as giving users the ability to approve or decline each guideline setting in each app.  The end result?  These apps ended up requesting fewer permissions from apps.

Particularly for older apps on Facebook, many users were surprised to learn just how many permissions an app was getting access to when enabling some of them.  They were often in the dark until they noticed some game or other app was spamming not only their own profile, but that of their friends too.

It has been almost a year since Facebook initially introduced the revamping of their app permission settings, and the new flow style comes into effect on April 30th.  And according to Facebook the majority of apps have already made the change.   And not only that, because of the new way permission settings were highlighted, apps reduced the number of permissions they each asked for by over 50%.

Since the new login experience was initiated, Cross noted that app developers have asked for 50 percent fewer permissions and that there has been an 11 percentage point jump in people logging into app through Facebook. This shows that when people are given more choices about what Facebook information they choose to share with apps, they’re more apt to login.

The ability for users to select and deselect the permissions asked for by each app is huge.  Some might not care if an app has access to their friends list, but might care about their birthdate being revealed, especially for those who don’t make it public.  Likewise, many users want the ability to keep their email address private to reduce the spam potential.

Facebook says that the majority of the apps are in compliance with the new permission settings, so you may have seen how it works in action.

Every app that has been built since the last f8 that needs permissions has already been through the review and the majority of apps that you’ve heard of have also been through login review in advance of the changes. … Login review has helped us understand what people are building with Facebook in a way that we have never been able to see before. They come to us and explain why they need this information and exactly what they’re doing with it. That’s helped us improve the product itself.

I am pretty impressed to see how the number of permissions requested has been reduced, especially since many saw some of these apps taking advantage of permissions and asking for far more than was strictly necessary for app performance, simply because they could.