You are here: Home / Firefox / Firefox Blocks All Flash Content by Default 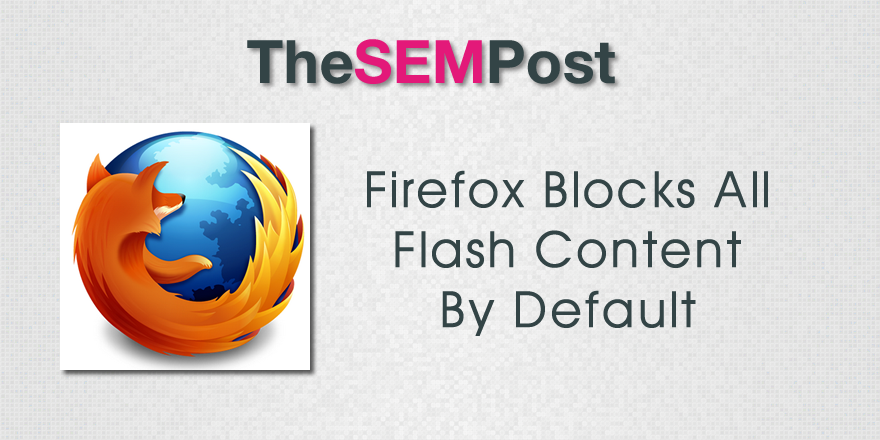 If you still use Flash elements on your website, despite the fact most mobile devices no longer display it, you have just received yet another sign that the end of Flash is near… Firefox will no longer display Flash content within their browser by default. 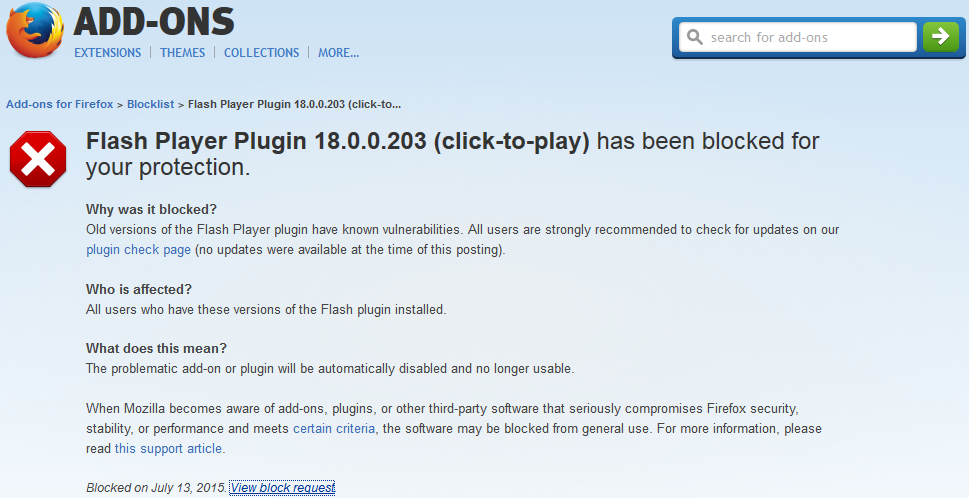 This change also explains why you may have noticed Flash being blocked in Firefox very recently, with many warnings popping up asking if you would like to enable it for some sites.

BIG NEWS!! All versions of Flash are blocked by default in Firefox as of now. https://t.co/4SjVoqKPrR #tech #infosec pic.twitter.com/VRws3L0CBW

New vulnerabilities in Flash recently came to light after the Hacking Team was hacked and it became known that they were utilizing Flash exploits that had not been previously known as an exploit and that had not been fixed.

Firefox notes that they may re-enable it if a secure version of Flash becomes available in the future.

But if you still utilize Flash elements, especially for logos or other site critical components, you should be aware that Firefox will no longer display them.

Google has released a new version of the Google quality rater guidelines, a year after the last … END_OF_DOCUMENT_TOKEN_TO_BE_REPLACED