You are here: Home / Firefox / Firefox Launching Sponsored Tiles Based on Browsing History 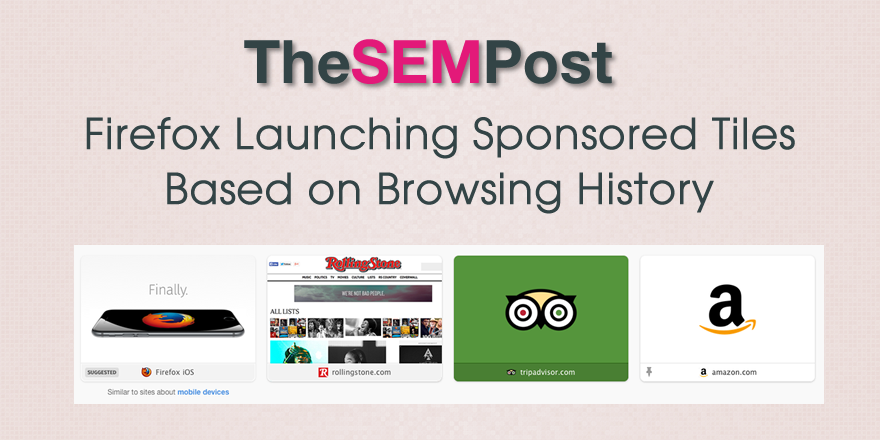 Six months after Firefox launched “Enhanced Tiles”, they are introducing a similar product, but this time most users will be seeing them.

The program is first being launched in Firefox Beta before being released to all users in the main Firefox product.  According to Techcrunch, they are mostly testing with in-house brand advertising, as you can see in this screenshot with an ad for Firefox for iOS. 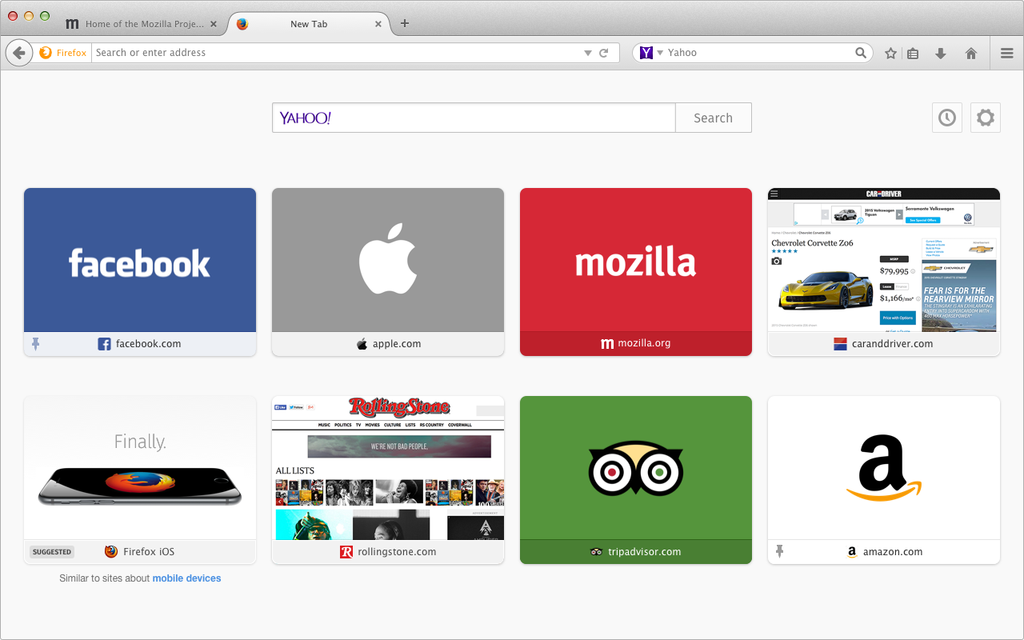 But it likely won’t be long before we see paying advertising.  They are tagged with a “Suggested” box on the bottom left of the suggested tab.

Firefox acknowledges that the sponsored tab content will be a combination of both paid sponsor advertising as well as in-house and Mozilla project related content.

Some Tiles contain sponsored content, while others relate to the Mozilla project, our community and associated causes. We believe that these are beneficial for every Web user to know about to help advance our mission to promote openness, innovation and opportunity on the Web.

Techcrunch also discovered the source code that shows the types of sites currently used for tracking the types of tabs to display.

You can opt out of the collection of data used for these sponsored tiles by changing your setting on new tab page you currently see.  Firefox users can change the setting from enhanced by clicking the settings gear icon on the top left, depending on which version of Firefox you are currently using. 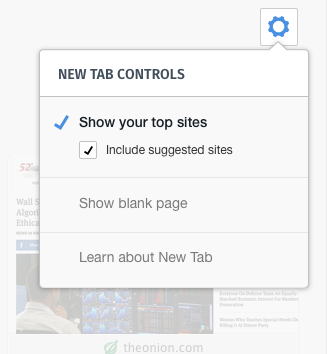 They also have a detailed infographic revealing exactly how the data is used and protected for these new sponsored tiles.

When Firefox introduced Enhanced Tiles back in November, many users never saw them in action, as they were displayed only to brand new Firefox users and those who deleted their Firefox browsing history.  So while it made a big splash when they were first introduced, most forgot them pretty quickly because most weren’t seeing them.  But these sponsored tiles will be displayed for most users.

It isn’t clear if Adblock will be blocking these enhanced tiles too – Firefox acknowledged that it wouldn’t be long before Adblock blocked the Enhanced Tiles, so it is likely Adblock will eventually get these too.

Google has released a brand-new Google quality rater guidelines, coming close to a year after the … END_OF_DOCUMENT_TOKEN_TO_BE_REPLACED