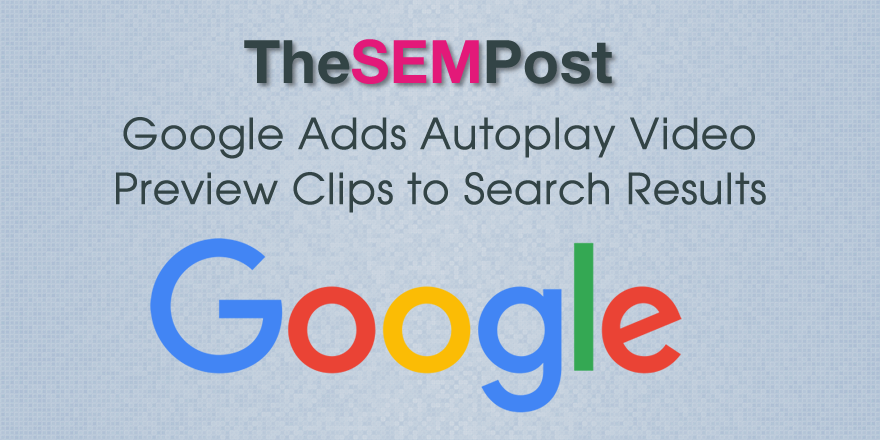 Google is adding autoplay video previews to the Google search results when someone does a search that includes video results.  The preview is a six second clip taken from the video, and is played without sound.

Google has already begun showing previews to some users for those on the Google app for Android as well as for Chrome on Android.

According to Techcrunch, it is not limited to just YouTube videos.  So those with videos on other platforms or self hosted could also see their videos with the autoplay preview in the search results.

Google is also choosing what six seconds to show algorithmically.  Often the first part of a video is branding messaging or logos with subscribe prompts, which wouldn’t be useful for most users when it is other parts of the video that people are actually interested in.  It does not select the six seconds based on the search query though, so it won’t choose the six seconds specific to the query for longer videos that may be more broad than the query.

For those worried about data usage, Google is only including the autoplay video previews for those on a wifi connection.  It is an option to disable it completely, or to enable it on a mobile network, for those who want to control whether the previews are used or not.

We spotted Google testing autoplay video in the search results last month, although this is different, since it is only a short preview of the video rather than the entire video.

We finally have the first Google Quality Rater Guidelines update of 2022, and like usual, it is … END_OF_DOCUMENT_TOKEN_TO_BE_REPLACED