Google is now offering additional information on websites that Google has added the malware warning too. The warnings themselves aren’t new, but now users can look up and find out exactly what is triggering the warning that displays “The site ahead contains malware” on the red interstitial.

Google has a new site status section in their transparency report, where anyone can plug in a URL and see not only if it is dangerous but also the specific reasons why Google has flagged it.

This addition is also good for webmasters who might be trying to debug what is triggering a malware alert, especially if they don’t have access to Google Search Console – it isn’t unusual to find businesses where the SEO team has Search Console access but not the IT department.

It also details the last time that Google tested the site. So this can also help webmasters know if the problem still exists after they feel it cleaned up.

Because many times it is from a third-party source, such as a third-party ad network running a rogue ad distributing malware on the site, or a user uploading something, it can also help people know what the issue is.

It also means that if there are websites that someone absolutely needs to visit, that they can investigate further and see exactly what the problem was that Google found the site, rather than just clicking through blindly and hoping the issue has been resolved. For example, if it is a third-party ad network, someone running an ad blocker might feel it is worth the risk of visiting the site, but if it is malware right on the page, it would not be worth it.

It does also mean that those sites who deliberately install malware can also be investigated by potential visitors and it can also be used for competitive analysis.

However, not all sites that have warnings show the malware interstitial.  For example, imgur.com has no warning interstitial from the search results, but the transparency report shows issues. 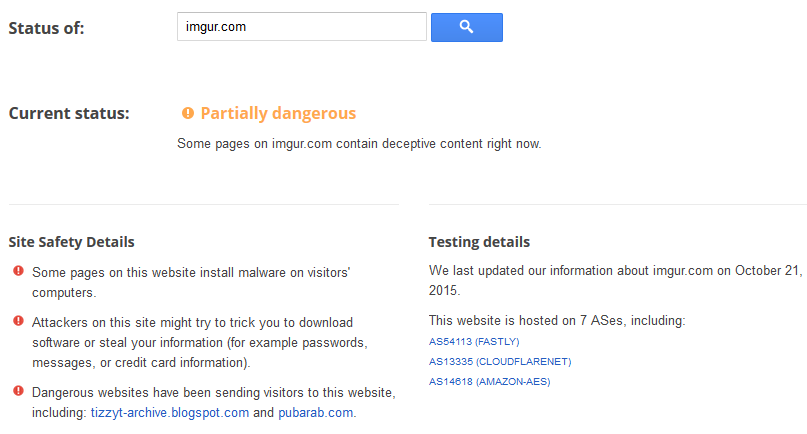 And, of course, the result for google.com: 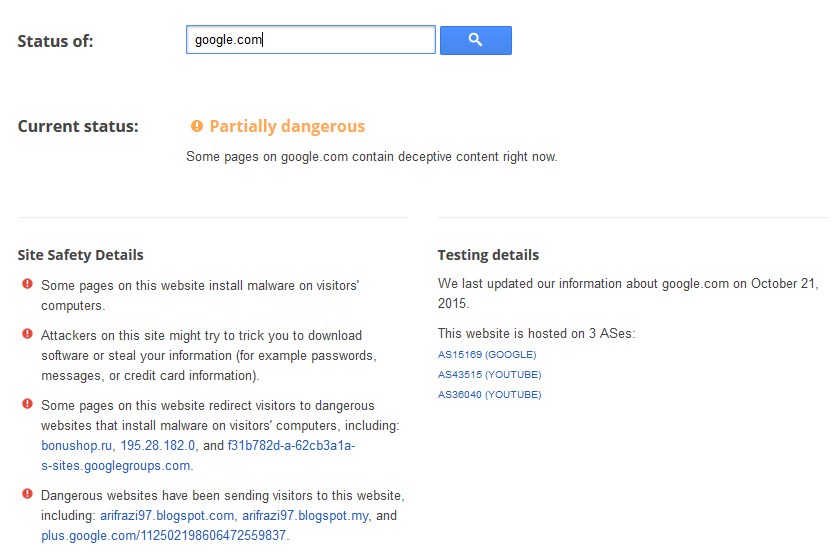 Malware alerts also show up for webmasters in Google Search Console and Google Analytics. But this is an additional layer of transparency for those who want to investigate why their favorite site has been flagged with this warning.

We finally have the first Google Quality Rater Guidelines update of 2022, and like usual, it is … END_OF_DOCUMENT_TOKEN_TO_BE_REPLACED