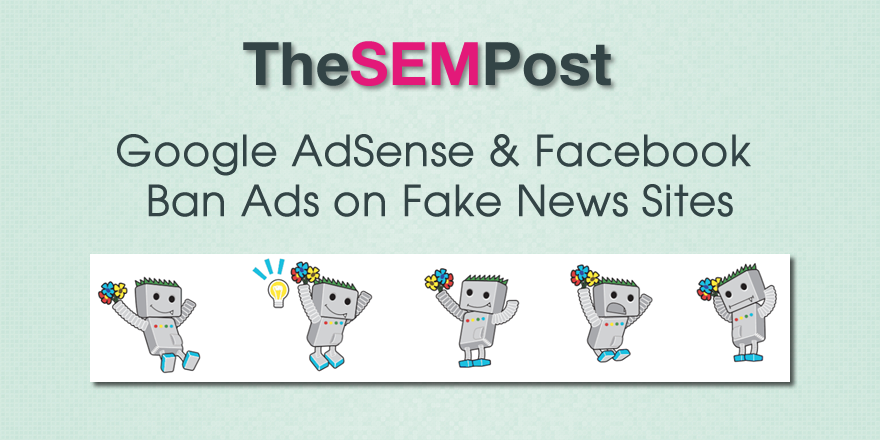 “Moving forward, we will restrict ad serving on pages that misrepresent, misstate or conceal information about the publisher, the publisher’s content or the primary purpose of the web property,” Ms. Faville said.

Ms. Faville said that the policy change had been in the works for a while and was not in reaction to the election.

Facebook has come under fire due to widely circulated fake news articles that were repeatedly shared during the weeks and months prior to the US election, and some believe that these fake news sites could have been responsible to the election outcome, particularly since so many of them were featured on Facebook’s trending news.  It is important to note that this change will not prevent or lessen the fake news being shared all over Facebook, or those stories showing up as trending.  This simply targets the ability for those sites to monetize them effectively.

It is unclear how this will impact satirical news sites, such as The Onion.  While this change doesn’t target well known satirical sites, they could easily be caught in the crossfire.  The Onion heavily monetizes their site – one random page I checked loaded 24 ads.  And those ads include ads run through Google’s DoubleClick ad program.

This is a good change, particularly for AdSense, since it is such a popular way to monetize sites.  While it won’t lessen the likelihood of these types of articles being shared, it should reduce the incentive of some publishers to produce this content solely for the revenue – which was the reason why some of the sites would create these sensational – but fake – news stories.

It will be interesting to see how this is enforced, if they will begin suspending the ability of these sites to show ads or if they wait for complaints made for individual sites before they prevent the ads from being displayed.

Google has released a new version of the Google quality rater guidelines, a year after the last … END_OF_DOCUMENT_TOKEN_TO_BE_REPLACED