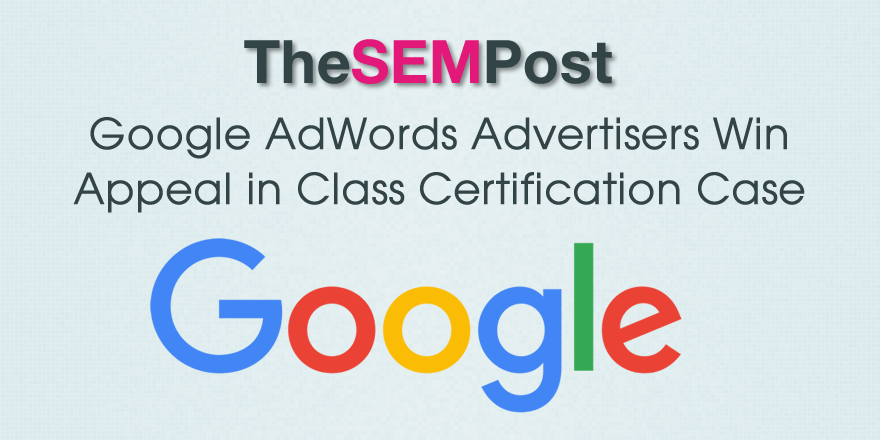 A group of Google AdWords advertisers have won an appeal that would allow them to sue Google as a group. The previous court had denied the group class certification based on their claims.

The group argues that between the July 2004 and March 2008 Google was charging advertisers for ads that appeared on error pages as well as parked domain pages. But the previous judgment in the case determined that because some advertisers could have benefited from the ads and made sales from them, that class certification should not apply.  In other words, not all advertisers were affected the same way by the ad placements.

According to Bloomberg, the successful appeal means it returns the case to a trial judge.

Monday’s appeals court ruling returns the case to a trial judge for further consideration. The appellate panel also sided with the advertisers related to a method for determining damages in the case.

Google declined to comment when asked about the case by Bloomberg.

It isn’t clear how many advertisers are involved.

The appeal can be found here.

We finally have the first Google Quality Rater Guidelines update of 2022, and like usual, it is … END_OF_DOCUMENT_TOKEN_TO_BE_REPLACED