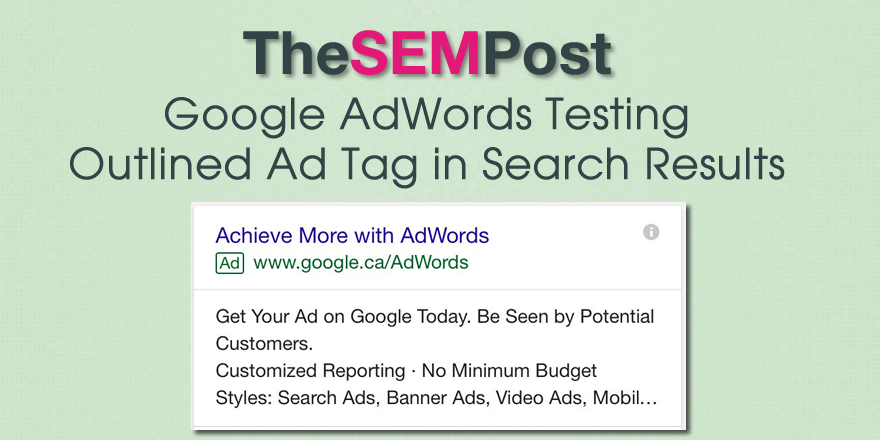 Google AdWords is testing another version of the “Ads” tag that shows in the search results to show AdWords ads.  This one has a green outline around the Ad tag, rather than a solid green filled ad tag.

As you can see, it doesn’t stand out as ad as much as others, and I suspect advertisers will like this version of the AdWords ad tag much more.  But it could be that because of it blending a bit more, it might not be subject to banner blindness like the usual ad tag does.

This one is definitely not as noticeable as the usual green tag Google has been using since June 2016, when they officially switched from the yellow Ad tag.

H/T to Sergey Alakov who spotted it.

Added: Here it is on desktop too:

Google has released a new version of the Google quality rater guidelines, a year after the last … END_OF_DOCUMENT_TOKEN_TO_BE_REPLACED