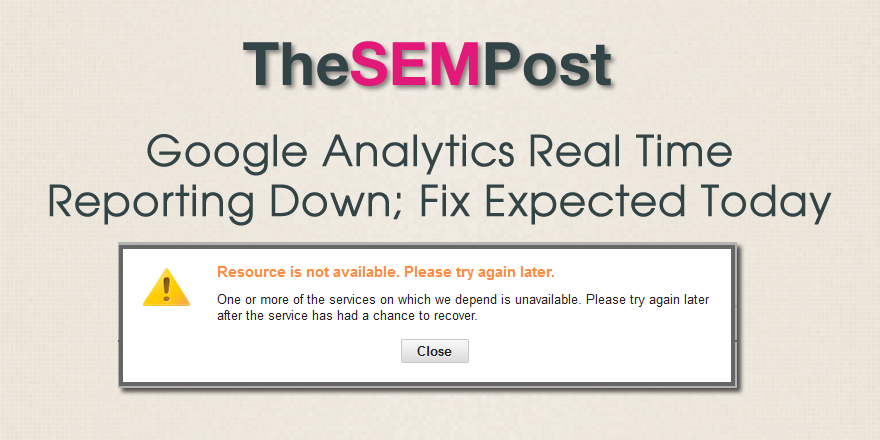 Google first acknowledged the issue for some users yesterday:

Some users may be experiencing issues with real time reporting. We are working on a fix and expect to have everything back to normal soon.

Google Analytics posted a followup tweet late last night saying they hope to have a fix pushed out later today.

We are working on a permanent resolution to this issue, which is expected to go live tomorrow. Apologies for the inconvenience.

Google Analytics posted a possible workaround – either using Incognito Mode or clearing cookies, however that fix isn’t working for everybody.

Update: If you see errors accessing realtime reports in GA, a temporary workaround is to clear cookies or use an incognito browser window.

Hopefully the fix will go out later today as planned.

Google has released a brand-new Google quality rater guidelines, coming close to a year after the … END_OF_DOCUMENT_TOKEN_TO_BE_REPLACED