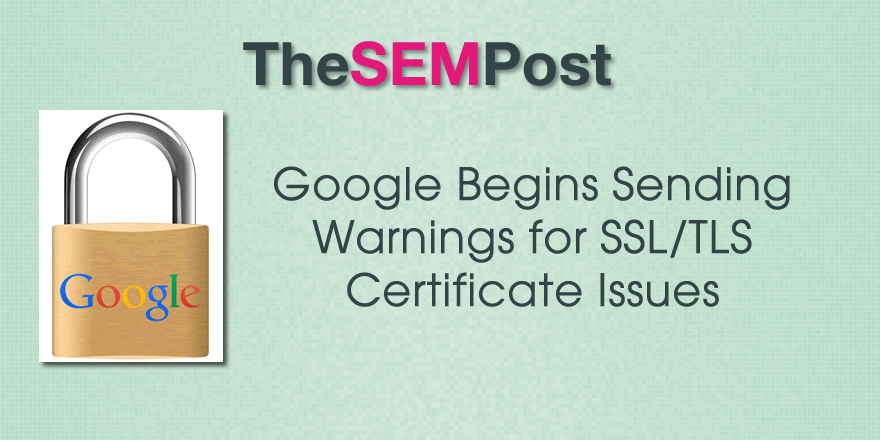 Google is now sending out warning letters to webmasters when they have an issue with the secure certificate on their site. 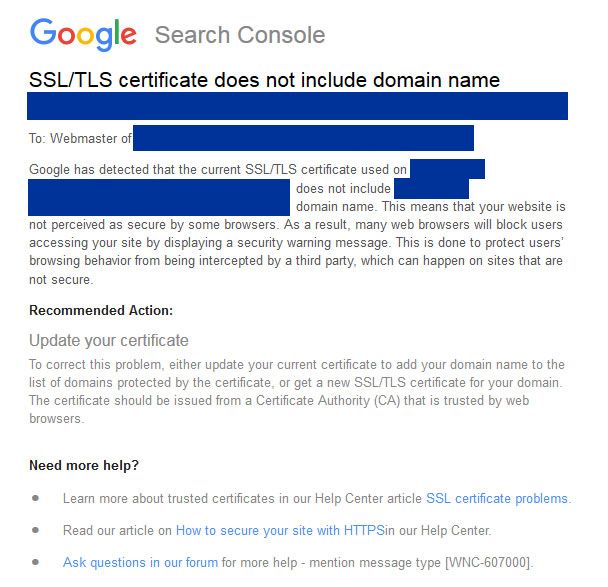 This seems to be one of multiple types of warning letters for SSL issues, although we don’t know what other issues are triggering letters yet.  This warning was specifically for the domain name not being included in the certificate.

@jenstar Yep, but @Missiz_Z is in better position to answer your questions about those messages 🙂

@jenstar @methode what do you mean exactly? Your question is too broad 🙂 We are now letting users know about issues with their TLS certs

I will update when I have more clarification on other SSL issues, but no one seems to have reported publicly receiving any yet. [Update below]

I do wonder if they will begin sending warning letters when there are non-secure elements on a page, as Google Chrome recently added a feature that would alert users when a supposed secure site is still displaying unsecure elements.  This is often in the form of third-party tools, images and buttons, but it does make a site not truly secure when it happens.

Casey Markee was the first to report on the new warning letter.

It is unclear if these sites lose their HTTPS ranking boost as a result of the issues or not.  But since the boost is really more of a tie breaker, it shouldn’t cause ranking issues for any site strictly for losing the boost.

We have some more information on some of the other SSL related warnings.  They include expired certificates, wrong date, invalid and incorrect settings.

We finally have the first Google Quality Rater Guidelines update of 2022, and like usual, it is … END_OF_DOCUMENT_TOKEN_TO_BE_REPLACED