You are here: Home / Google / Google: When to Choose Subdirectories vs Subdomains 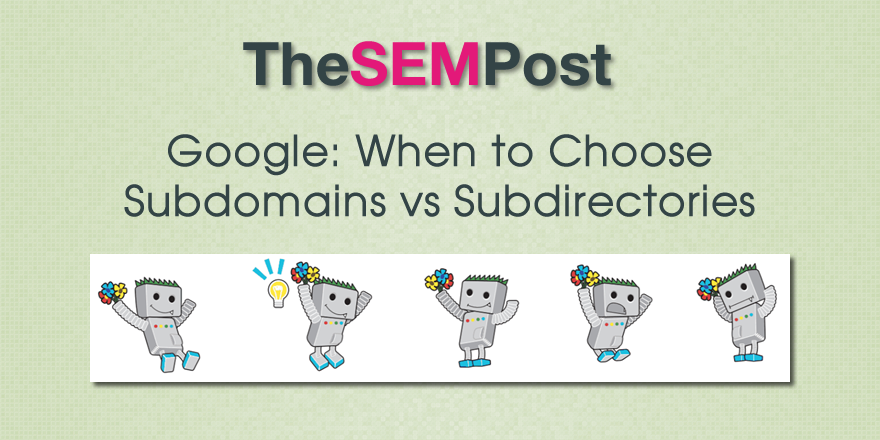 The debate over subdomains versus subdirectories has been a hot one for SEOs for years.  For SEO reasons, most prefer subdirectories, primarily for link equity purposes.  But Google’s official stand is either works in the eyes of Google – even if they won’t necessarily rank equivalently.

During the most recent Google Office Hours, the question came up on the difference between using subdomains and subdirectories, specifically for Google.  And John Mueller from Google actually gave a more specific answer about which one to choose, as opposed to their usual “either works for Google” answer they usually give.

I did a video about this briefly a while back.  I would recommend taking a look at that.

In general, we see these the same.  I personally try to keep things together as much as possible, so if it’s the same site, then try to put them on the same site essentially.  And use subdomains where things are really kind of slightly different.

But there are lots of really strong opinions on this, but from my point of view, this is something that could go either way.

And if you have really strong reasons to go one way or the other, then like obviously, that might be what you’d want to watch out for.  On the other hand, if you’re like well, I don’t care either way, then I would just keep in within the same site.

So while Google is still saying either works, Mueller does give more specific reasons about why a site would want to choose a subdomain setup rather than a subdirectory one.  And this is pretty big considering Google usually refuses to take sides.

The video Mueller refers to is this one from the Google Webmasters YouTube channel.

We finally have the first Google Quality Rater Guidelines update of 2022, and like usual, it is … END_OF_DOCUMENT_TOKEN_TO_BE_REPLACED