You are here: Home / Chrome / Google Chrome to Begin Blocking All Flash Ads by Default 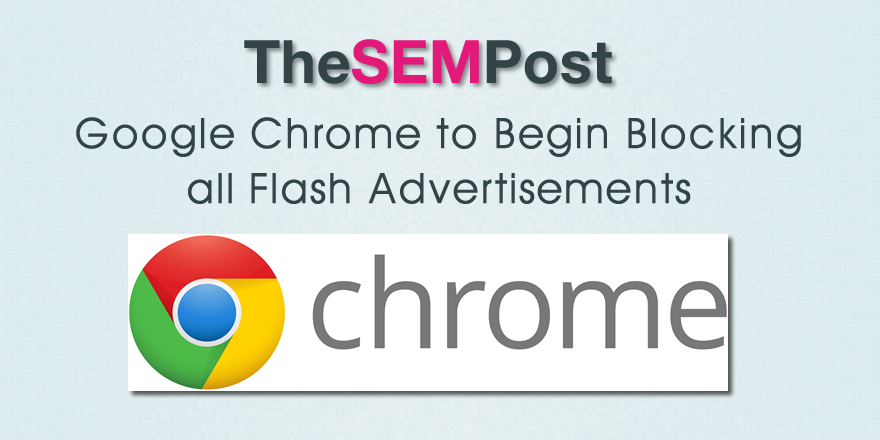 If you are still using Flash advertisements, either on your site as an advertiser, or on other sites as an advertiser, be aware that Google is making a new change that will disable Flash ads to everyone using the Chrome browser.

The change will go live on September 1st.

While this change is supposed to only affect Flash ads, there is the possibility that non-advertisements could get blocked when the change goes live.  But it is very likely that this change is merely the first step in a phase that will see Chrome block all Flash entirely.

Chrome users will reportedly still have the option to run Flash content.  The Flash will be replaced with what looks like a grey placeholder, but a user can right click it to still run it despite the risks.

This change isn’t at all surprising.  Flash on mobile has never been huge, primarily since Apple has never supported Flash on their mobile devices.  And after a major vulnerability was discovered last month in Flash, both Firefox and Chrome blocked it entirely until Adobe released a patch to fix the exploit in Flash.  We haven’t seen Firefox make a similar change yet, but many expect Firefox to follow suit as well.

For those with websites still using Flash elements, you should definitely consider making changes to convert those elements to images or HTML 5, before we see Google Chrome block it entirely.

Google has released a new version of the Google quality rater guidelines, a year after the last … END_OF_DOCUMENT_TOKEN_TO_BE_REPLACED