You are here: Home / Google / Google to Continue Showing Featured Snippets with Images from Second Source 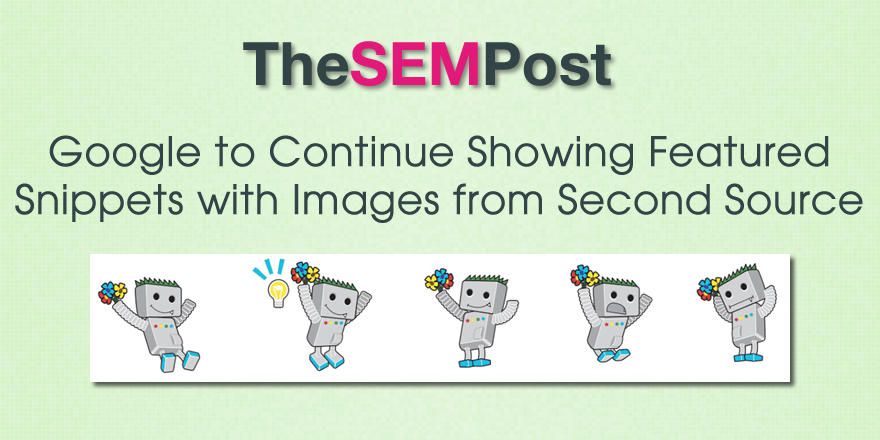 At SMX Advanced last week, Gary Illyes from Google was asked about this specific case, and unfortunately for those who hate this featured snippet implementation, it sounds unlikely Google will change this.

From a searcher’s point of view, having a better image in the featured snippet makes for a better user experience, especially if none of the images on the page are suitable to be included.  So the first step to score the image would be to have a suitable image on the landing page that could be used instead.

Now, if you have the image in a featured snippet, clicking on the image doesn’t automatically go to the source landing page for the image, nor does it go to the page that the actual featured snippet is taken from.  Instead, it opens a Google image search for the query, meaning multiple clicks are required for someone to get on the site the image is sourced from.  So these images do not have a lot of CTR value for landing on the actual site.  However, some see it as a stepping stone for being able to claim the featured snippet itself, or as bragging rights for getting an image to show up in a competitor’s featured snippet.

But if you are waiting for Google to “fix” this, you will likely be waiting a long time for it.

We finally have the first Google Quality Rater Guidelines update of 2022, and like usual, it is … END_OF_DOCUMENT_TOKEN_TO_BE_REPLACED