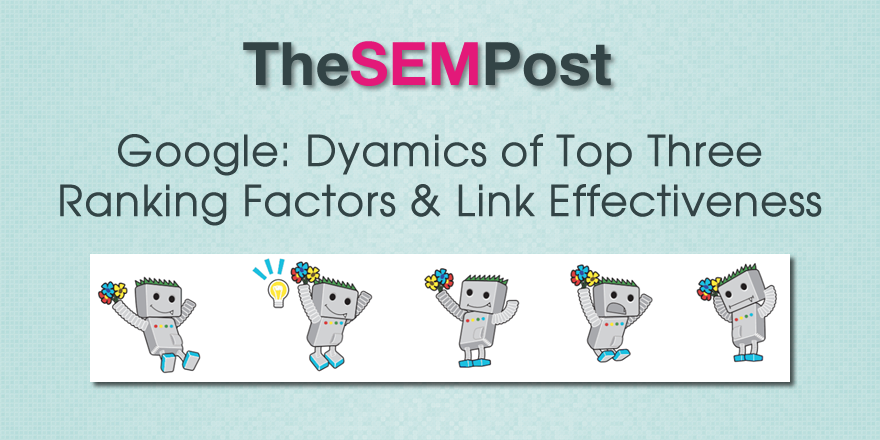 There has been a great deal of discussion over the top three ranking factors ever since it was confirmed that links, content and RankBrain were the top three.  And there has been some more information about those factors and the various weights they may have in recent Twitter discussions too.

At State of Search this week, I was able to ask Gary Illyes from Google about many things Google SEO, and the top three ranking factors and how they are weighted differently on a per query basis.

A few weeks ago I was in Norway giving talks to small businesses about how to make their site better.  And the organizer also had a short panel and was trying to demonstrate what people have to do to make their site better, what are some of the misconceptions about SEO and ranking.  He was bringing up big brands to show that for example links aren’t that important to that specific query.

The query was Porsche 911 in Norway on Norwegian Google, doing the search from Norway.  The first position was the homepage for Porsche slash 911 that obviously had quite a few links.  The second one was a very deep promo site for Porsche 911, and Majestic had seen no links whatsoever to that particular result at all – no links at all, not even internal links. But still it was ranking #2.  And on the third position there was yet another promo site that was less relevant and I hope we fixed that, or I hope that we will fix that.  But the third result again had tons and tons of links according to Majestic.

For me, that shows me that for that particular query, anchors the links were not that important, at least not for the second result.  And we have tons and tons of ranking factors trying to figure out which will be the right result and boosting that result.

I then clarified that for some queries, links might not be a factor whatsoever, as that seemed to be what Illyes was implying.  This also reconfirms something Illyes said on Twitter recently that pages without links can rank.

I also said at Brighton there are tons of top results that don't have links at all. billions of queries a day, lots of long tail w/o links

Possibly.  The other good example is RankBrain.  RankBrain mostly affects, or I should say affects greatly long tail queries where if we don’t have enough other signals to rank the queries – or rank the results.  In that case, RankBrain will boost the living hell out of certain results, just to make sure that we are serving relevant results for the users, even for the queries that we have never seen before, results we don’t have ranking signals for.

Illyes reiterated that the role of “top three ranking factors” is dynamic and fluctuating on a per query basis.

So it seems that the weight of these top 3 ranking factors is constantly in flux dependent on the query.  But also that seemingly some of those factors might not be in the top three for some queries.  A popular short tail query likely has very little RankBrain influence and would instead ramp up another ranking factor in that #3 spot.  And in his Porsche example, clearly links played no role in the ranking whatsoever.

We finally have the first Google Quality Rater Guidelines update of 2022, and like usual, it is … END_OF_DOCUMENT_TOKEN_TO_BE_REPLACED