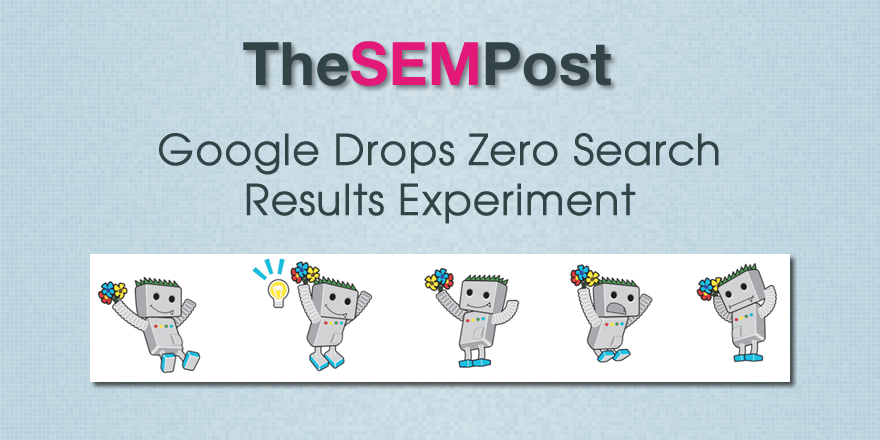 Danny Sullivan, Search Liason at Google, announced that they have ended the zero serp experiment.

Update! We have enough data and feedback — which is appreciated — to conclude that the condensed view experiment should stop for now. The team will look at improving when and how it appears.

He also added that it did save a half second, which was Google’s main motivation for making the change originally.

It varies. I shared some examples of it cutting up to half a second — which is actually a lot. It's even more useful if you're on a slow connection. That really was the main motivator, to speed results for these specific cases where few actually went beyond the tool info.

One of the other issues with this test that SEOs had is that Google was sometimes showing both Google AdWords and Google Product Listing Ads (aka Shopping Ads) along with these answer boxes, without any other search results.  As I questioned on Twitter, it is unclear why Google didn’t simply prevent ads from being shown on search results pages that were only showing this answer box without any regular search results.

That said, why doesn't Google just disable ads on any search result that shows only an answer box and no organic results? It can't be that difficult… cc @dannysullivan @johnmu @methode

Nathan Johns from Google said these were edge cases, which Sullivan also confirmed as examples where Google should not have displayed any ads.

It sounds as though Google may relaunch this after some kind of a revamp, based on Sullivan’s comment:

The team will look at improving when and how it appears.

But it is unclear what that could be.  Simply launching it on mobile where speed is a bigger issue than desktop where they were already running it?  Or looking at displaying it in a different format?

We finally have the first Google Quality Rater Guidelines update of 2022, and like usual, it is … END_OF_DOCUMENT_TOKEN_TO_BE_REPLACED