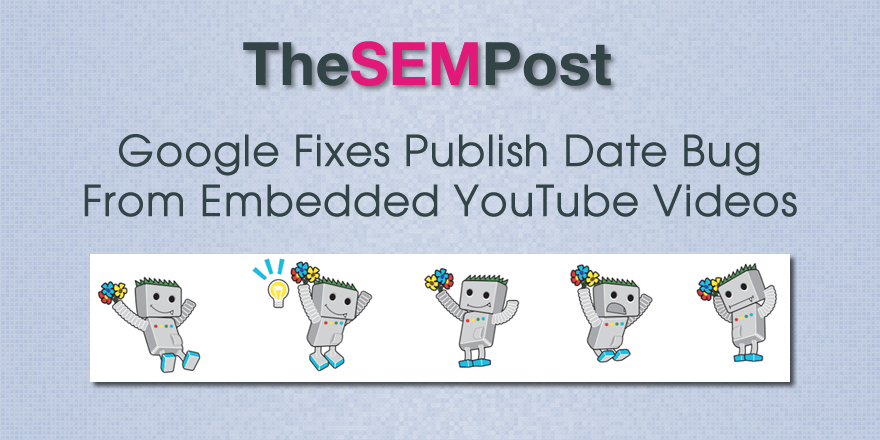 Google has fixed the date issue that caused many sites to show wrong publish dates directly in the Google search results.  Sites that had embedded YouTube videos were showing publish dates that were actually taken from embedded videos on the page, rather than from the page’s publish date.

Here is an example from this site.  Because of the embedded YouTube videos, the Google Panda Algo Guide was showing a publish date from 2014, while the true publish date was from 2016. 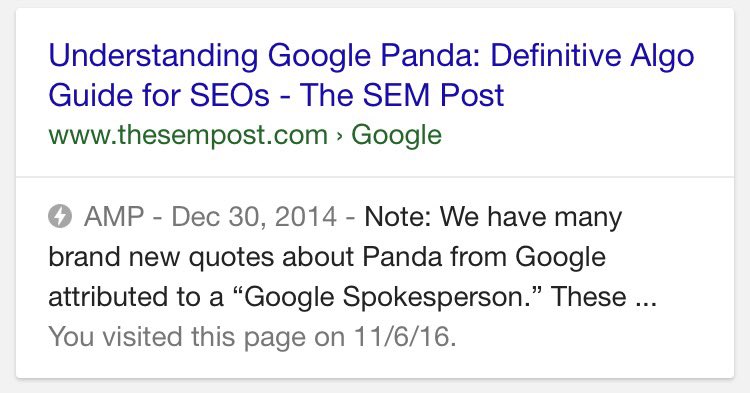 Now, it shows the correct publish date from 2016 on both mobile and desktop.

The bug first popped up over the weekend.  Gary Illyes from Google also confirmed that the issue was a bug, but with no fix ETA.  There were some workaround fixes, such as editing meta data or simply removing the videos until it was fixed.  But Google has resolved the issue now, for both this site and all the other examples I checked.

This bug could have caused a lower CTR than the page would normally get, especially for content that could get outdated.  The Panda guide would be far less useful to someone if it actually was published in 2014, as opposed to the true date of 2016.

Google has released a new version of the Google quality rater guidelines, a year after the last … END_OF_DOCUMENT_TOKEN_TO_BE_REPLACED