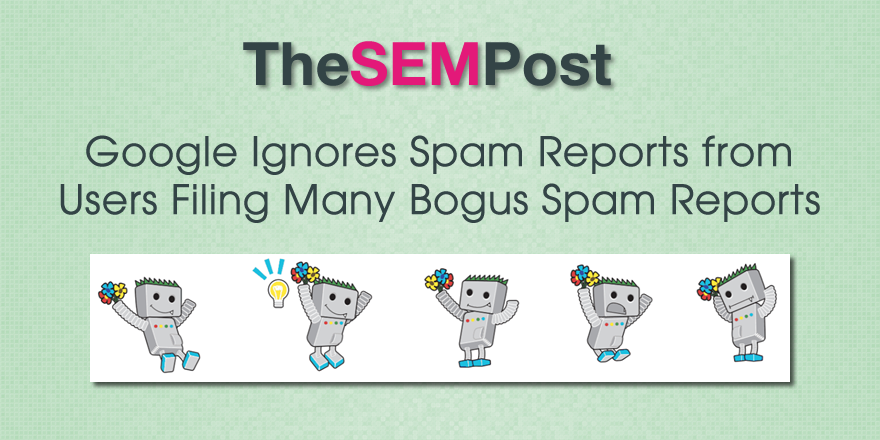 We learned earlier this year that Google does prioritize spam reports from those users with a history of good spam reports, something that Gary Illyes from Google confirmed again today at Big Digital Adelaide.  But he also dropped some details for users that file bogus spam reports.

The specific question was about competitors filing a ton of bogus spam reports about every little thing that was wrong with a site, whether it was a true spam issue or not.

“We trust some reports more,” said Illyes.  “If someone files a ton of bogus reports, we will start ignoring them. We have lots of experience with this, we know businesses will report each other because they can.  It is an open form and anyone can use it.”

Illyes wouldn’t go into more details about those policies, though.  He said if they were too transparent with those policies, some would use that information to abuse the spam reporting.

He also said that they are able to identify and recognize when 40 spam reports are all coming from the same user or IP address.

Google has released a brand new version of the Quality Rater Guidelines, the third one this year.  … END_OF_DOCUMENT_TOKEN_TO_BE_REPLACED