You are here: Home / Google / Google May Release Documentation Getting Featured Snippets 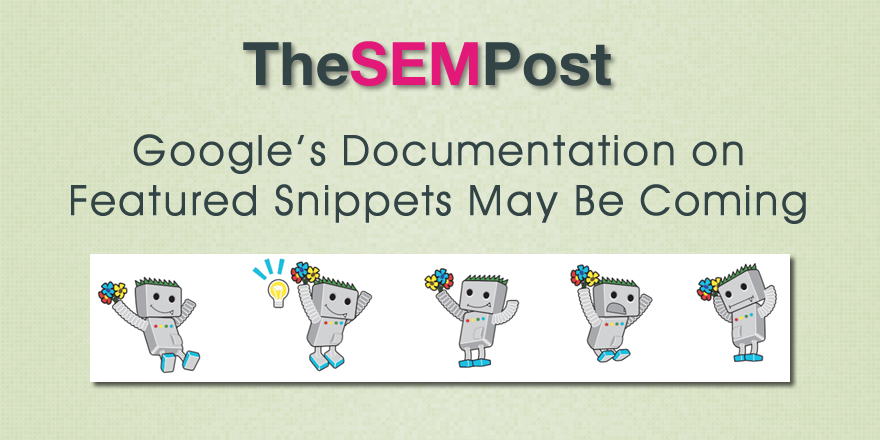 It would be nice to see something official from Google on this.  They haven’t talked much at all about how to get featured snippets, although it was touched upon a bit in the latest Search Quality Rater’s Guidelines.  But the bigger issue I see with featured snippets is that people aren’t looking at it from the right perspective… specifically, they aren’t answering the question.

He also revealed that they are still pushing to get various analytics data related to featured snippets into Google Search Console, such as featured snippet CTRs.  He talked about this earlier this year at Pubcon, so it seems it is still on the agenda – last time we heard a specific timeline, it was still “quarters away.”

Google is pushing to get CTR data etc to site owners for featured snippets as well as docs on how to get them. @methode #StateofSearch

We finally have the first Google Quality Rater Guidelines update of 2022, and like usual, it is … END_OF_DOCUMENT_TOKEN_TO_BE_REPLACED