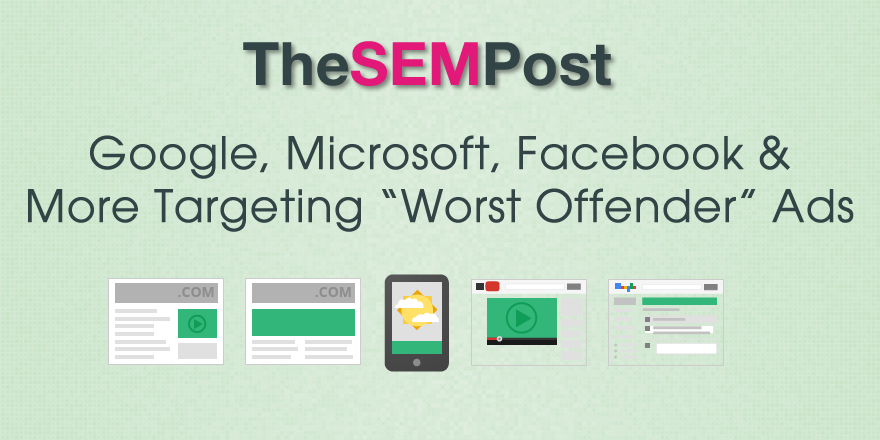 There are some ads that annoy users more than others.  These include things like autoplay videos ads with sound enabled by default and pop up ads.  And for some users, flashing ads can induce medical events such as seizures.  And some big players in the ad industry are looking to tackle these types of ads through integrated ad blocking in Google Chrome and Microsoft Edge.

The Coalition for Better Ads, which includes Google, Microsoft, Facebook, the Washington Post, and the IAB, are exploring ways to better tackle the issue of ad blockers and how to prevent annoying and obnoxious ads that cause consumers to end up blocking all advertising, regardless of source or quality.  This results in a loss of a revenue from many publishers, even those who only allow higher quality ads on their sites.

The issue lies with third party ad blockers.  As ads become more obnoxious and in-your-face, many have resorted to ad blockers to try and combat these types of ads.  But for some, they could have been quite happy to allow higher quality ads to display, as many people did not seek out ad blocking until they were trying to prevent autoplay video ads from loudly starting when loading a webpage.  But most third party ad blockers block all advertising, with a notable exception of Adblock Plus.  In the case of Adblock Plus, companies like Google have to pay a large sum in order for the ad blocking company to whitelist their ads.

And for those companies with browsers, such as Google and Chrome, it does make sense that integrating an ad blocker within the browser itself that targets only the types of ads that most annoy users while allowing higher quality or acceptable advertising to be displayed makes business sense.  After all, companies like Google and Microsoft lose revenue if users use a third party ad blocker that blocks all advertising, whether obnoxious or not.

And other media companies, such as Washington Post, would benefit from this as well.  If they only ran “acceptable ads”, then they could earn revenue from those ads.  It remains unclear if such a browser ad blocker would block all ads if they do use more annoying ad types as well, or if only those annoying ones would be blocked while allowing other advertising on the page to be displayed normally.

According to AdAge, this is still in the early stages:

As it stands right now, no solution has been adopted. In fact, the Coalition for Better Ads is still in the process of drawing up its roadmap, something it says will be complete within the coming weeks. From there, coalition board members will decide on what solution they will use to stop annoying ads from surfacing.

From both a publisher perspective and a marketing perspective, this is great news.  This means more revenue for publishers and it means more higher quality ad exposure for brands.  It could be some time before we see any changes coming out of this, with the AdAge article citing September as the earliest we might see a decision on how the Coalition for Better Ads will proceed.

We finally have the first Google Quality Rater Guidelines update of 2022, and like usual, it is … END_OF_DOCUMENT_TOKEN_TO_BE_REPLACED