You are here: Home / Google / Google’s Mobile First Index Unlikely to Launch Before 2018 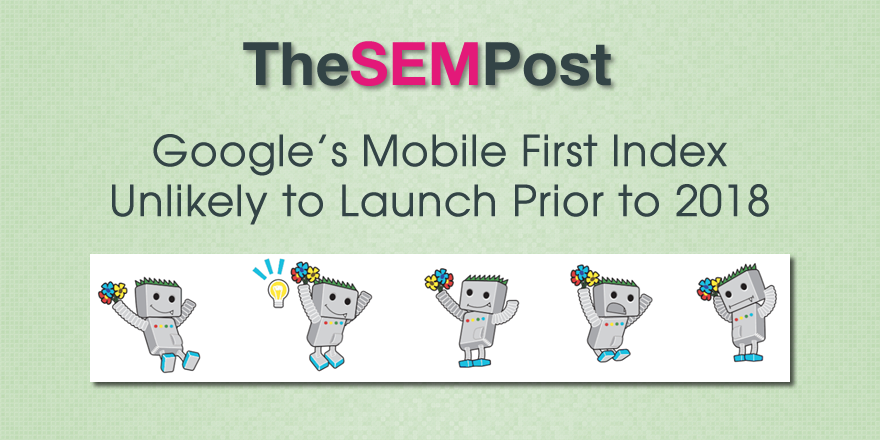 There is a little bit more breathing room for those sites needing the time to get their mobile sites ready for mobile first indexing change by Google.  It now sounds like it is unlikely to launch prior to 2018.

Gary Illyes from Google commented at Next10X during his keynote that he doesn’t think it is likely it will launch before next year.

"mobile first index will launch by end of the year" via @google's @methode #next10x pic.twitter.com/tmlaFOq62p

@BrentSchiffman @larrykim @Google Yeah, this sentence had a second part where I said that I don't think it will actually launch this year

He also made a reference to it still being “quarters away”, something he said last month as well.

@methode (Gary Illyes from Google): mobile-first-index biggest change in search of the past 9 years – still quarters away #next10X

That said, sites should make it a priority to get their desktop content added to their mobile sites, particularly if using an m.example.com mobile site.  But it sounds as though site owners will have a bit longer time to ensure that happens.

We finally have the first Google Quality Rater Guidelines update of 2022, and like usual, it is … END_OF_DOCUMENT_TOKEN_TO_BE_REPLACED