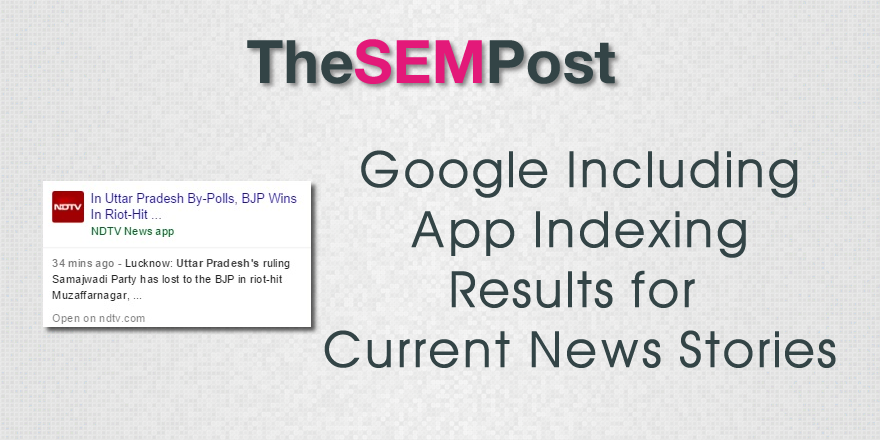 Google seems to be stepping up their app indexing game.  They are now app indexing content that is less than an hour old and is giving searchers the option of either opening it in the app, or continuing to the regular website instead.

Here is one showing a news example from 35 minutes before. 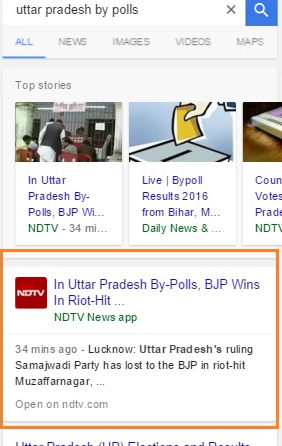 You can see it lists “NDTV News app” as the source, but it also says “Open on ndtv.com” as an alternative for those who didn’t want to go the app route, either to use it or to install it.

And another example from two hours previously: 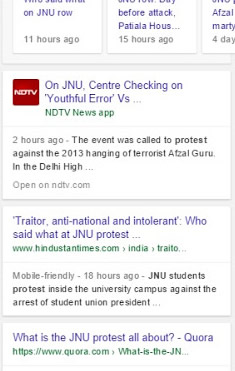 These screenshots were taken from an Android emulator.  However, it seems to be showing up for Android only and not iOS.

This is either a test or it could possible be a very slow rollout.  Google has been promoting app indexing quite heavily, including new support features added at the end of last year, and error reporting, so it is nice to see them continuing to roll out new features, even if on a limited release schedule.

Thank you to Ramesh Singh for sending TheSEMPost the screenshots.

We finally have the first Google Quality Rater Guidelines update of 2022, and like usual, it is … END_OF_DOCUMENT_TOKEN_TO_BE_REPLACED