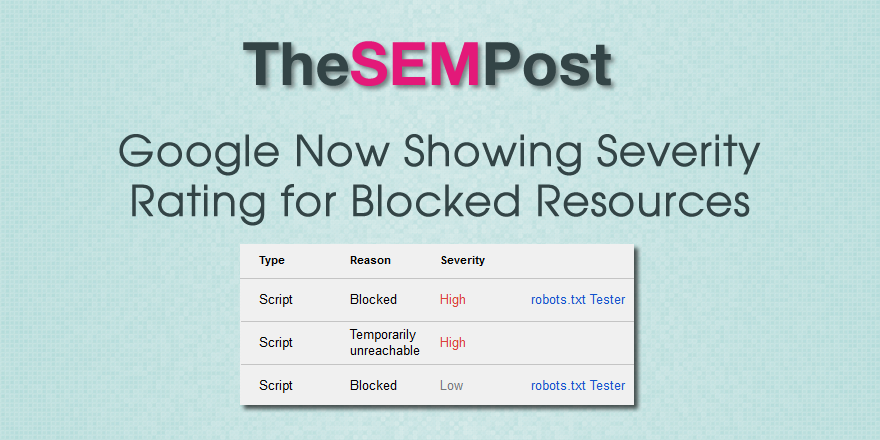 John Mueller has announced on Google+ that they have added a great new feature to Google Search Console – a new severity rating for any blocked or unreachable resources on a webpage.

Here is how it looks:

It shows the severity of the issue – Low, Medium or High. According to Mueller, the rating is based on how much of the page is affected.

For those wondering about third party resources, it is giving a rating to them, although interestingly, one of the blocked third-party javascripts is rated as Medium in severity.  So Google isn’t giving a pass to third-party resources, even ones that are somewhat well known.

Here is an example of a third-party one:

This only seems to show up when you do a Fetch & Render.  The severity doesn’t show up in the Blocked Resources section of Google Search Console, even when you click through for more results, at least not yet.

This is a nice addition, especially for novice webmasters who might be struggling with a laundry list of blocked resources.  This will help them sort through which issues they should prioritize over others.

We finally have the first Google Quality Rater Guidelines update of 2022, and like usual, it is … END_OF_DOCUMENT_TOKEN_TO_BE_REPLACED