You are here: Home / Google / Google Officially Turns Off All Public PageRank 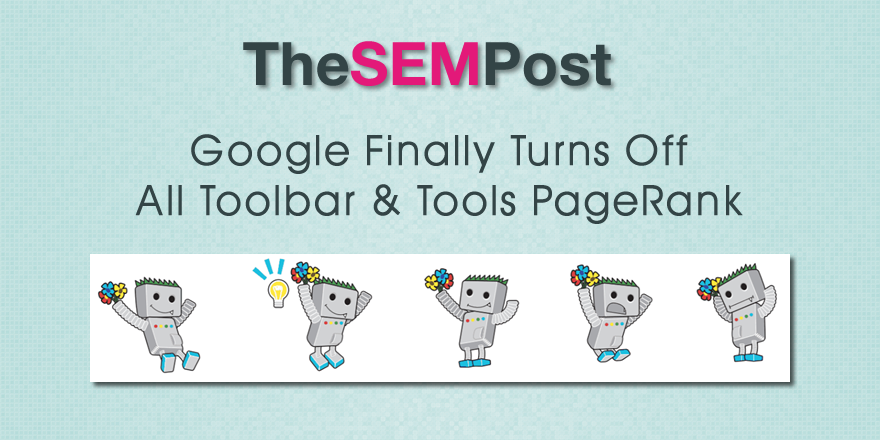 If you were grasping onto the last visible signs of PageRank after Google officially announced the start of PageRank being turned off for SEOs, you will now have to go through PageRank withdrawl… Visible PageRank is now a thing of the past.

Multiple users reported that the visible PageRank both within the toolbar and in various SEO tools seemed to be turned off permanently early Saturday.

Google announced that they were turning off access to visible PageRank earlier this year, after years of showing very outdated information from years earlier.  Despite the fact it wasn’t being updated, people were still citing the metric for link selling and others were refusing to upgrade to HTTPS for the sole reason that visible PageRank wouldn’t follow to the HTTPS version of the URLs, since they were technically new URLs.

The final removal of PageRank doesn’t mean anything for SEOs, other than the metric not being visible.  Google is still using PageRank data internally (which is updated).  And previously, a Google spokesperson told The SEM Post:

Google has released a new version of the Google quality rater guidelines, a year after the last … END_OF_DOCUMENT_TOKEN_TO_BE_REPLACED