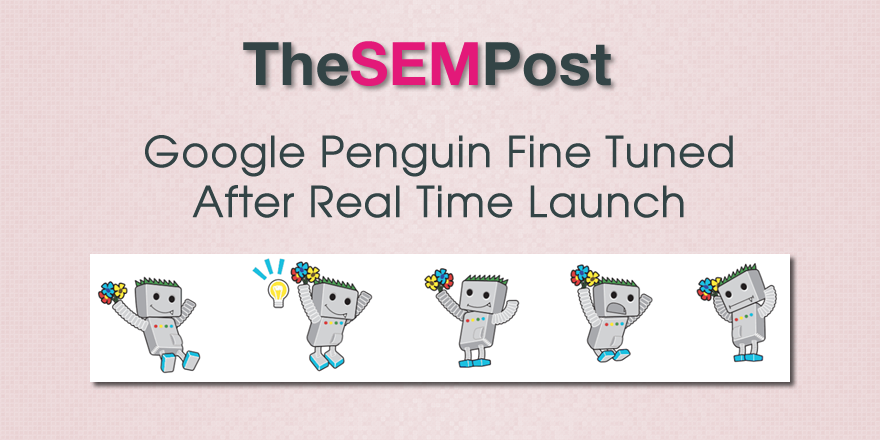 One of the interesting bits that came out of the Brighton SEO Q&A chat I had with Gary Illyes from Google was regarding Penguin, specifically around changes made after the launch of the new real time Penguin.

After real time Penguin launched a year ago, Google has had very little to say about it.  But one of the things Illyes revealed is that Penguin has had some adjustments made to it since the initial launch.

I haven’t heard about Penguin for a very long time and I’m very glad about that.

I know that we made a few fine tuning to Penguin. We made Penguin real time about a year ago, I think, and after that we said that we would just drop it and let it do its thing because its more effective and we don’t have to do refreshes and shit like that.  After that we haven’t touched it.

He confirmed those fine tuning changes once again.

As I said we did some fine tuning to make sure it’s catching the right things, but otherwise it was done deal.