You are here: Home / Google / No More Numbered Updates for Google Penguin 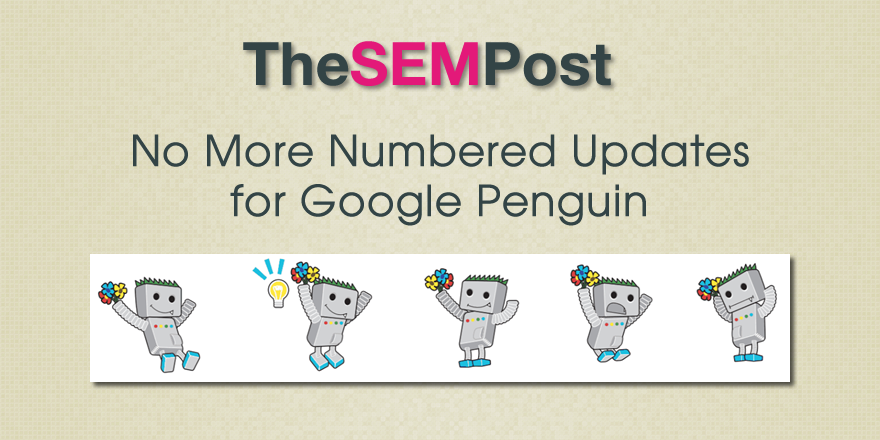 Since Google released the new real time Penguin, it has gone from “wait for the next Penguin update” to a Penguin that updates in real time. But what does this mean for significant updates?

According to Gary Illyes, there are no plans for any more numbered Penguin releases.  The last major update to Penguin was last year’s update, known as Penguin 4.0.

Of course, this doesn’t mean there won’t be any changes made to Penguin, simply because there won’t be a release number attached to it. Illyes has said as much, by saying they plan to be transparent on substantial changes to Penguin.

Google could still use internal numbers, but it is likely due to Penguin being real time, it will be less apparent to site owners when Penguin was updated.  This is unlike the old version of Penguin which would be released on specific dates which made it easy to know if a site was hit by Penguin or if it recovered from it.

This is also similar to how they have handled Google Panda, which has not had any numbered releases since the last major update in July 2015, when it moved to what Google calls a “slow rollout.”

Google has released a new version of the Google quality rater guidelines, a year after the last … END_OF_DOCUMENT_TOKEN_TO_BE_REPLACED