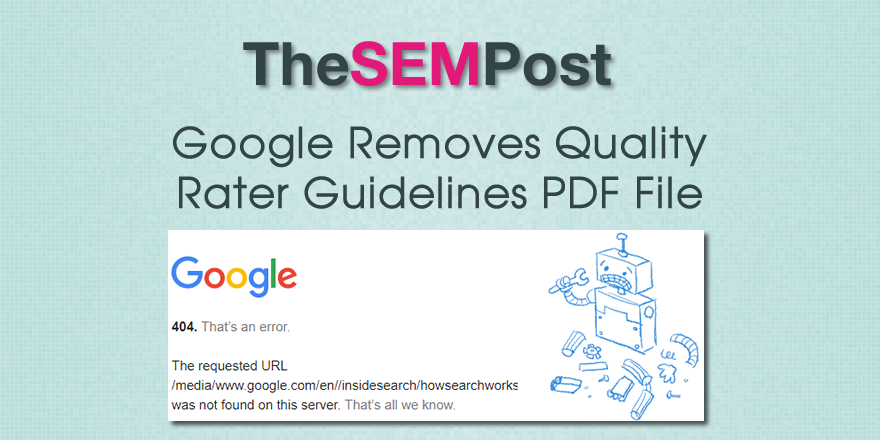 A few days after Google released its first new version of the quality rater guidelines of the year, Google has pulled the file from the site.  It now goes to a 404 page.

Google’s blog post from 2015 about releasing the guidelines from a few years ago still links to the URL where the file used to be.  But the file has now been removed.

Since Google released the file in 2015, they have quietly released updated versions, but never pulled the file without explanation.  They have moved the URL before, but with the blog post not being updated to match, that might not be the reason why.

There were a ton of changes with the new version of the quality rater guidelines, but nothing specific that would lead me to believe they pulled it for a specific reason.  Hopefully we either get an explanation for its removal, or we will see an updated version released that we can compare to and see what Google changed.

If you didn’t grab a copy before it went offline, you can read all the details of what changed here.  And you may be able to grab an older copy from the Wayback Machine, but they did not have the new one released over the weekend.

We finally have the first Google Quality Rater Guidelines update of 2022, and like usual, it is … END_OF_DOCUMENT_TOKEN_TO_BE_REPLACED