You are here: Home / Google / Google: Rankings Should Remain Stable With HTTPS Migrations 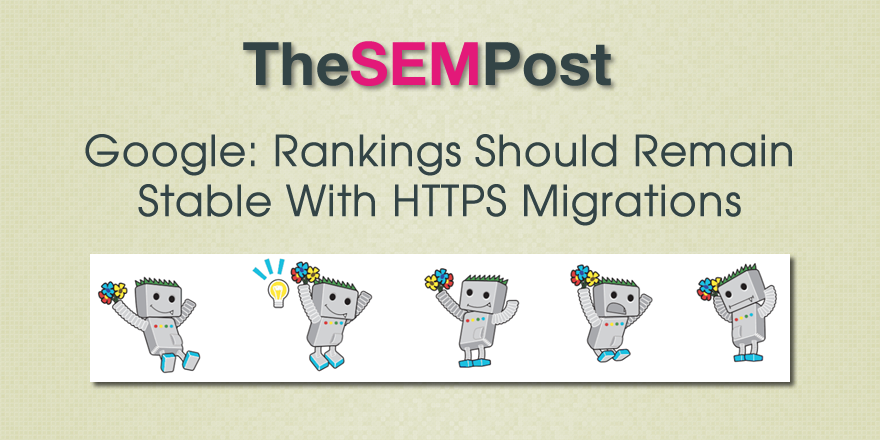 When Google first began pushing for site owners to do HTTPS migrations, it was confirmed that it would take 3-4 weeks for rankings to stabilize after making the switch.  After all, Google needs to reindex new URLs and match them with the old to transfer ranking signals.  It seems Google is now handling HTTPS migrations much faster now.

At Brighton SEO, I asked Gary Illyes about this, and it seems as though this time frame is much shorter now.

For people that are switching to HTTPS, you guys say it takes about 3 to 4 weeks in order to see kind of rankings recover as Google reindexes the new site. As Google has been doing this more and more, has this dropped down to less than that or should webmasters still be prepared for 3 to 4 weeks of ranking fluctuations and traffic changes while they switch?

I work a lot on that, basically trying to figure out what are the signals that are lost during the transition, during the site move. And we identified I think 3 of which we fixed 2 and the one that’s some obscure crap that no one cares about.

I would say that if your rankings don’t stay stable with a move, then something is wrong, and not necessarily on our side. I would be very happy to take a look at moves that don’t go – HTTP to HTTPS moves – that don’t go smoothly, mainly because I thought that we fixed the issue with that.

This is of course when you do the site move correctly, such as ensuring you have 301 redirects set up and submit sitemaps in order to speed Google’s end of this along.

Google has released a new version of the Google quality rater guidelines, a year after the last … END_OF_DOCUMENT_TOKEN_TO_BE_REPLACED