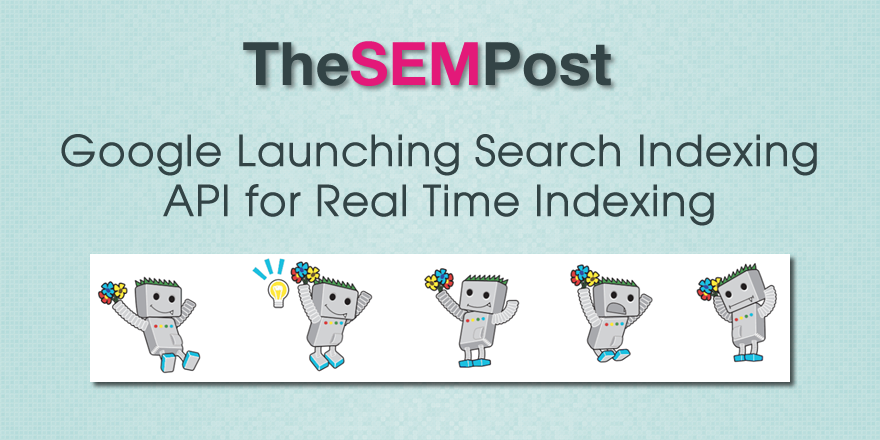 One of the more interesting things to come out of I/O for SEOs is Google’s announcement of their new Real Time Search Indexing API.  This API is for real time indexing from publishers, ensuring the most up to date and accurate content is available for searchers to find.

This means that publishers using the API would presumably no longer have to wait for Google to crawl their new content as Googlebot does now.  This would speed up indexing of breaking news stories. 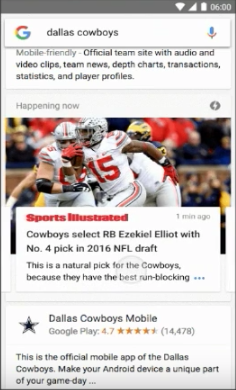 It appears under a “Happening now” section in the search results, and is also AMP.  So these pages are not only being surfaced faster, but they are being served as AMP to ensure it loads fast too.

Here is another example, and you can see that it also supports video in the real time results. 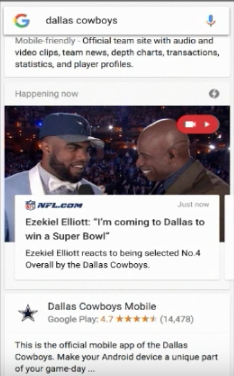 Here is the page loaded, and you can see it utilizing the AMP carousel in the results too. 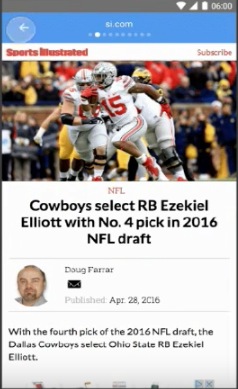 This also could mean that Google search, and especially news search, could be just as competitive as Twitter for breaking news stories.  Right now, many searchers use Twitter to find the most up to date on breaking news stories or live events happening, but this could mean Google could be just as up to date with their news content availability too.

Here is the official announcement during Google I/O by Richard Gingras from Google News.

Users are coming to search for more than just recipes, movies or events.  They’re also about searching for things happening right now.  And I mean, right now, as in right this moment.  Not hours ago, not 15 minutes ago.

Under the current model, publishers have to wait for Google to publish their content.  That means the freshest content isn’t reaching users at the moment it matters most.

Take a look at this chart of searchers during this year’s NFL draft.  At the start of the draft, queries peaked and remained high throughout the event.   These users reacted to the live event, and came to search. looking for fresh information.  Maybe they’re on their couch, watching the draft on TV, or sneaking a look while in a meeting at work, looking for the latest draft news. 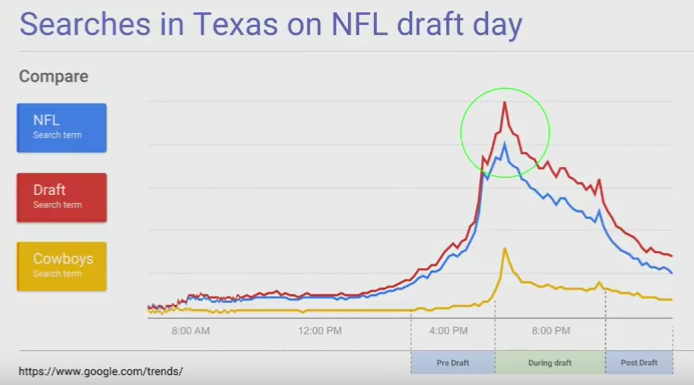 This is not unique to sports fans.  People are coming to Google for real time info about all kinds of things – the Oscars, the election, and of course breaking news.  During the World Cup searches related to the World Cup peaked at over 20% of all search volume.  People come to Google to find information about what is happening now.

That led us to think how can we surface real-time results more quickly and satisfy those real time spikes in queries.  Question kicked off the development of our real-time indexing efforts.

Instead of waiting for your content to be crawled and indexed publishers will be able to use the Google indexing API to trigger the real time indexing of their content.  Users get access to real time results in search and publishers increased their discovery and reach.  It’s an exciting new area and we’re just getting started.  We’ve launched a pilot within the next few months and we’ll roll it out to more publishers over the next year.

There is no word on who is in the pilot, but it is likely to be the major news organizations in the world who are participating. There doesn’t seem to be an way for publishers to apply to the real time search indexing API, so Google is likely hand picking the current publishers, but they could open it up as it expands to more publishers.

Would any publisher be able to gain access to this?  It is hard to say.  Google could restrict it to major news organizations, however since they specifically talked about the NFL draft and the World Cup, they could expand it to other niche news sources, such as sports publishers.

It does seem to require the news sources be using AMP for their content, since the section has the AMP icon on it.

Google has released a new version of the Google quality rater guidelines, a year after the last … END_OF_DOCUMENT_TOKEN_TO_BE_REPLACED