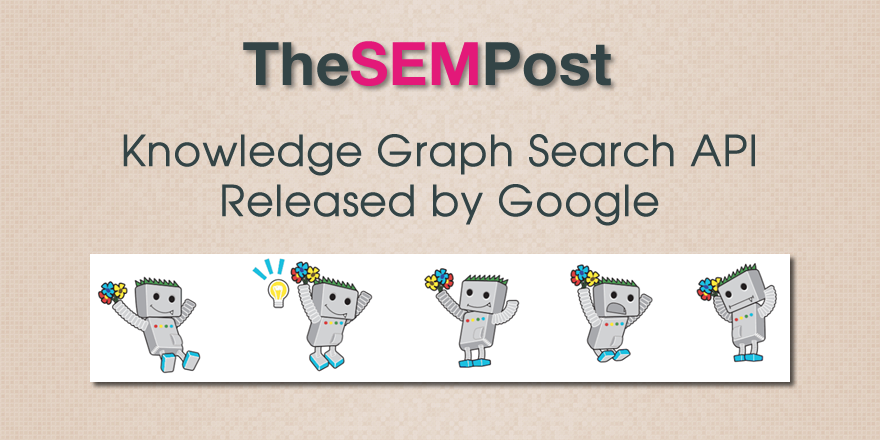 Google has finally released the long-awaited Knowledge Graph Search API.  Freebase made the announcement on Google+

Last year Freebase announced that they were transferring their data to Wikidata but would also continue to support users of the Freebase API with a similar offering from Google.

From their information page on typical usage:

Some examples of how you can use the Knowledge Graph Search API include:

This is the first of two Freebase releases.  The second is a replacement for the Freebase Suggest Widget, which they hope for an early 2016 release.

If you are still using the old Freebase API, Google has said it will still remain active until three months after the release of the Suggested Widget replacement.

We will continue to support the Freebase API and widget for three full months after the Suggest Widget replacement is released, at which point we will shut it down.

Google has released a new version of the Google quality rater guidelines, a year after the last … END_OF_DOCUMENT_TOKEN_TO_BE_REPLACED