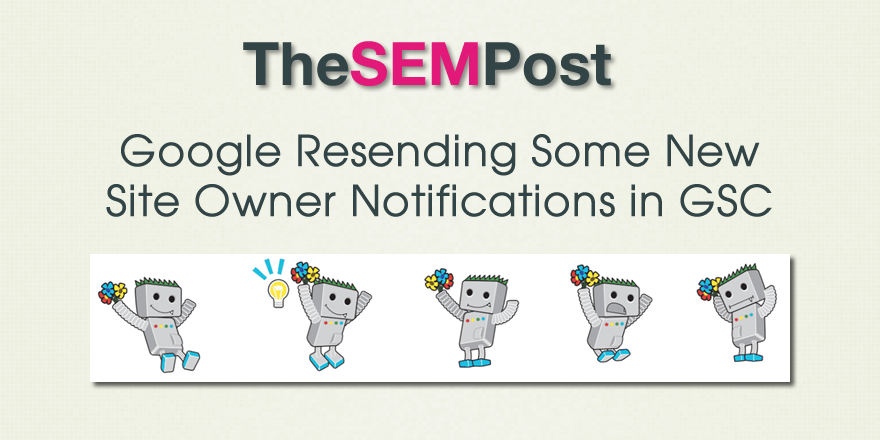 The question came up in Google’s Webmaster Office Hours today, specifically about many “new site owner notifications” that many webmasters have been receiving.  When site owners receive this, the first thing that comes to mind is that the site has somehow been hacked and a hacker has added themselves to the Google Search Console account, something that does seem to be happening more frequently lately.

But the emails are actually regarding a person that has been on the account for some time, and not a recently added person, so these notifications are coming well after the fact.

It seems the issue is about the verification, and the verification falling out for a short period of time, that required Google to then reauthorize the additional people, hence the new emails being sent.

John Mueller said there was an issue on Google’s end, and it resulted in many of these emails being resent.

We had an issue on our side with the verification system where we ended up re-verifying a bunch of people for the websites.  So I think the verification fell out, so we had to reverify them again, which because it fell out for a brief period of time, it triggered these messages again.

So it’s something where I’d double check the email addresses of course to make sure it’s not some random crazy person, but for the most part these are probably messages you can ignore.

He also tweeted about it.

FYI We had an issue with Search Console reverifications recently & sent out a bunch of emails; double-check the accounts, but don't panic 🙂

So always make sure the that the person in the email is indeed someone who should be added, but if you receive one, you don’t need to necessarily panic while thinking your site has been hacked.

Google has released a brand new version of the Quality Rater Guidelines, the third one this year.  … END_OF_DOCUMENT_TOKEN_TO_BE_REPLACED