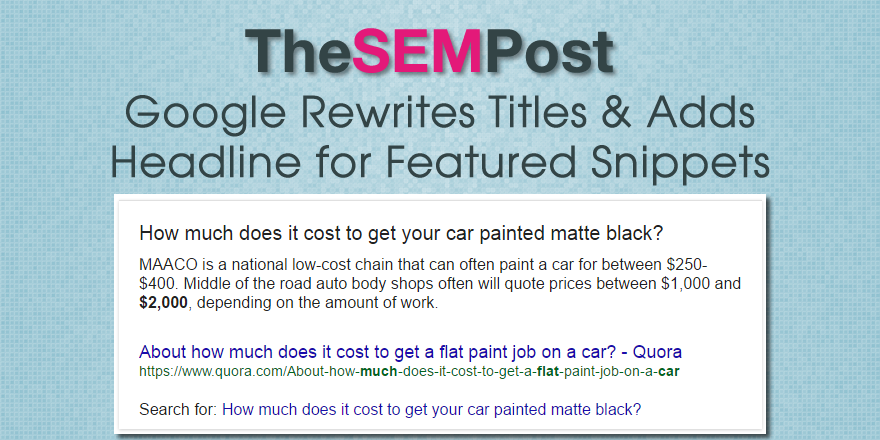 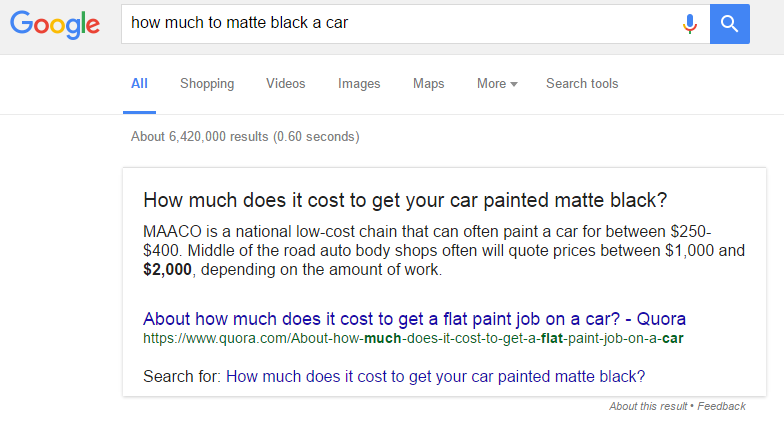 What is interesting about this, is Google rewrote the title, even though on the destination page, it didn’t say “how much does it cost to get your car painted matte black?”  Google’s algorithms created this headline on its own.

Here is the landing page: 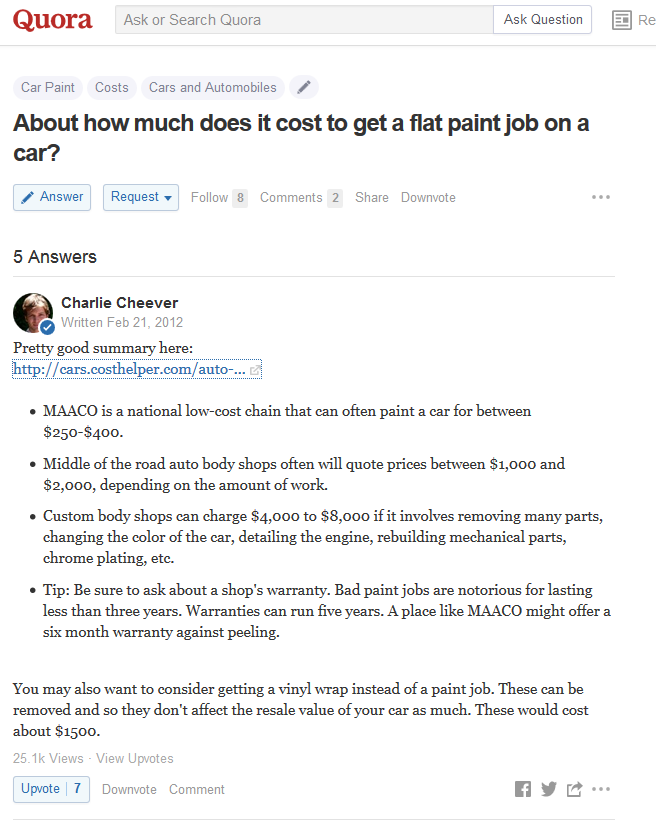 Here is another example of a rewritten headline title for a featured snippet. 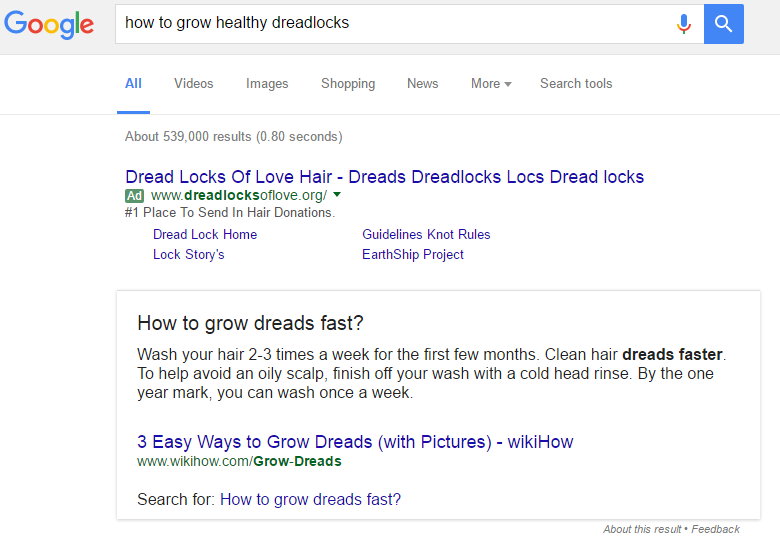 Google doesn’t seem to change it often, here is that same featured snippet without the newly titled headline for a slightly different query.

It isn’t clear exactly how the algorithm is choosing the new headline titles for these featured snippets, especially when they don’t appear on the page.  But they are definitely linked to the fact that the query itself doesn’t match the title, even if the snippet is a good one.  So titles might not be the most important factor in optimizing featured snippets.

Google has released a brand new version of the Quality Rater Guidelines, the third one this year.  … END_OF_DOCUMENT_TOKEN_TO_BE_REPLACED