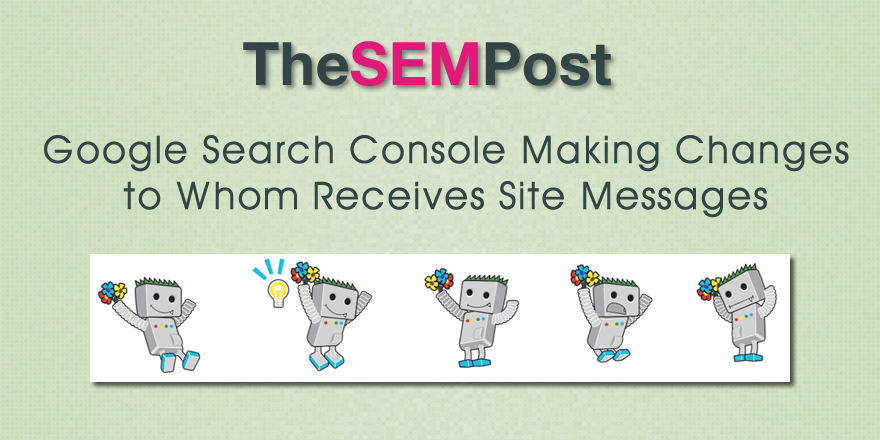 Google Search Console is making some changes in the coming weeks to whom exactly will receive site related emails about issues or problems.  When the change comes into play, only direct owners of the site in question (child sites) will receive the emails, not owners of parent sites as well.

For consultants who might only work on a specific part of a site, they will no longer receive email alerts for other parts they may not directly control or have access to.

This change will also affect admins or those who oversee a master account while other teams deal with the internal properties of a site such as other directories or even other languages within the main site, in these cases this means the emails from Google Search Console will drop considerably.

For example, with the hreflang email from yesterday, some people received hundreds of them.  This change should reduce that, if the reason was child companies within parent companies with the issue.

With the upcoming change, only the owners of https://example.com/dont/panic/have/a/towel will receive the message triggered by their own site.

It sounds as though Google plans to make exceptions for this for critical site issues, such as the warning triggered in search console when the site has been hacked.  This is good, since hacked sites can affect the trust factor of an entire site, even if it is only a subdirectory with a WordPress blog installed on it that might be hacked.

Although this change will affect most messages, critical messages (such as a hacked site alert) might still be sent to all parent site owners.

There isn’t an exact timeline for the change coming into affect, other than it will be in the coming weeks.

If you have any feedback regarding this change, Gary Illyes is requesting feedback on his Google+ thread about the change, which is also included below.

Google has released a brand new version of the Quality Rater Guidelines, the third one this year.  … END_OF_DOCUMENT_TOKEN_TO_BE_REPLACED