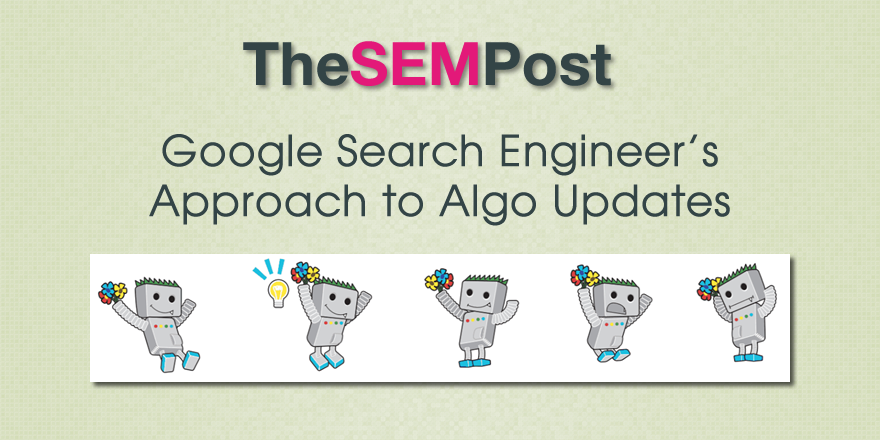 The last month has seen quite a bit of fluctuations in the search results.  John Mueller from Google did an AMA last week, and the question inevitably came up about the recent algo updates.

Mueller made some pretty interesting comments about how search engineers at Google focus on their algorithm changes.  Many site owners get the impression that their site (or network, or niche, or specific sites) are personally targeted by engineers sometimes when they see a significant drop in their rankings with an algo update.  But Mueller confirms that Google engineers are looking at it from a different angle, and not from an individual site one.

Mueller says that engineers aren’t armed with a list of sites that should be ranking higher or lower, and then adjust their algorithms accordingly.  Instead, engineers are solely looking at the overall quality of the search results based on real world queries and whether an algo change improves those search results or not, and whether they deliver “the best, most-relevant results.”

Some do believe that Google looks to target a specific larger site that might be ranking well but shouldn’t be, and then adjusts the algo until that specific site gets demoted enough.  We do know there are cases where Google does look from this perspective, but it is often for a larger industry-wide group of sites, such as what we saw targeted with the pirate algo or the payday loans algo – but those are also specific algos, not part of the core algo.

This is also why Google uses their Quality Raters, so they can unleash potential new algo changes on testers who can evaluate those search results, before they push it live to the regular search results.  The raters can often catch if the search results look off after a change, or if they have improved overall, when looked it it across a larger number of raters and their evaluations of both search results and pages that are ranking.

He also comments that just because a page or site doesn’t rank for a particular query doesn’t necessarily mean Google views them as good or bad sites, but that “they’re just not the best answers to some queries / users.”

We tend not to make updates to affect sites in a positive or negative way, but rather to improve the search results overall. Our engineers are not making lists of sites to push up or down, rather they’re looking at queries that people are making, and trying to find ways to provide the best, most-relevant results to them. Sometimes it turns out that sites are actually much more relevant to some queries than our algorithms initially thought, sometimes it turns out they’re not actually that relevant. It doesn’t mean they’re bad or good sites, they’re just not the best answers to some queries / users.

Google has released a brand-new Google quality rater guidelines, coming close to a year after the … END_OF_DOCUMENT_TOKEN_TO_BE_REPLACED