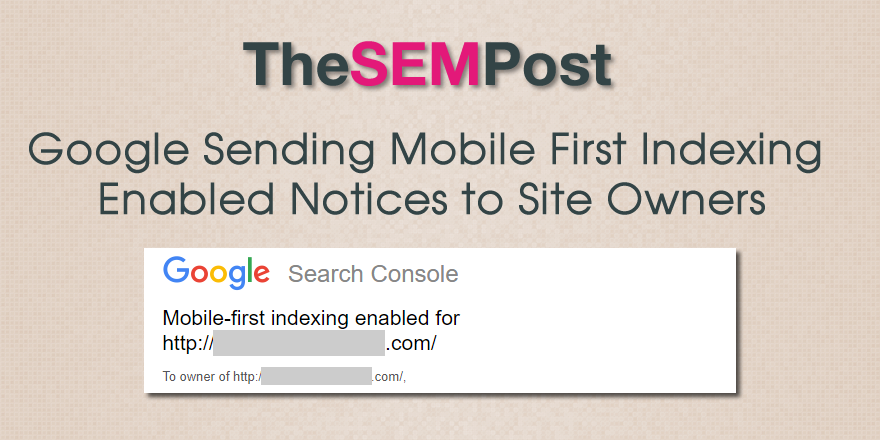 It seems Google has finally started sending out emails to site owners informing them that their sites have been switched over to mobile first indexing. The emails, sent via Google Search Console, advise site owners on changes they can expect to see now that their sites are being indexed by the mobile Googlebot. 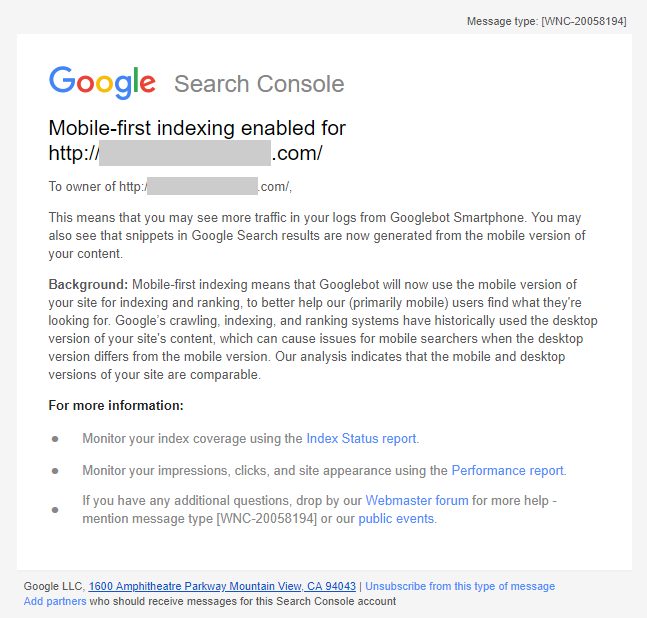 Here is what the emails say:

To owner of <site name>,

This means that you may see more traffic in your logs from Googlebot Smartphone. You may also see that snippets in Google Search results are now generated from the mobile version of your content.

This seems to be the first wave of sites getting official notice via Google Search Console, although some site owners have seen evidence in logs and the search results that their sites have been switched over as Google went through the testing phase.

Site owners who have been switched over to mobile first will see more Googlebot Smartphone traffic in their logs, although it is unclear if the desktop version of Googlebot will still crawl periodically, or at all.

It is good that Google is sending out these notices to site owners, as it definitely answers the question about when a site is swapped over by Google to mobile-first indexing.  And it is worth a reminder that there are not two indexes that Google is using – it is all a single index, but the only thing changing is how Google is handling the indexing and crawling for specific sites, whether it is using the regular desktop Googlebot and content that Googlebot sees, or the Google smartphone Googlebot and indexing what the mobile Googlebot sees.

Google has released a new version of the Google quality rater guidelines, a year after the last … END_OF_DOCUMENT_TOKEN_TO_BE_REPLACED