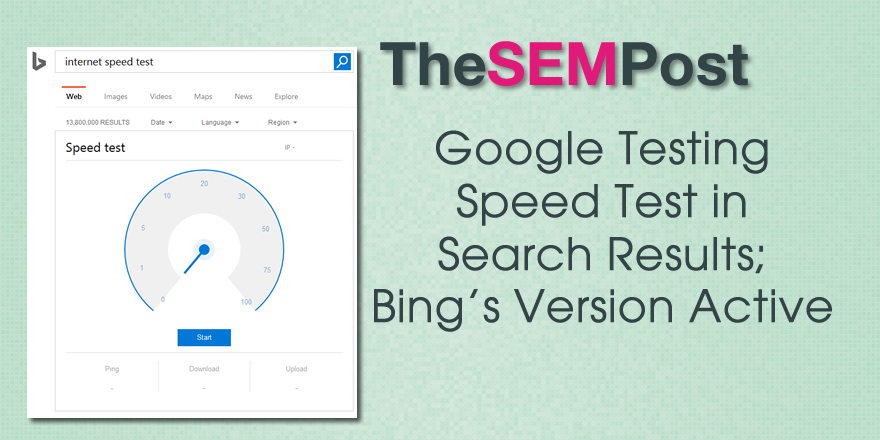 Dr. Pete Meyers of Mozcast fame spotted the Google test, although he wasn’t able to replicate it.

Looks like Google is testing their own internet speed test (query = "check internet speed") – not seeing it live — pic.twitter.com/wjsPIlEbFv

I haven’t been able to replicate it either, and as far as I know, no one has spotted it in the wild.

Bing tweeted yesterday, pointing out that they too have a speed test in the search results, and theirs is active.

In case you want to check your internet speed today, instead of waiting: https://t.co/MkR7fMW7bo https://t.co/Wmi5t9K5eN 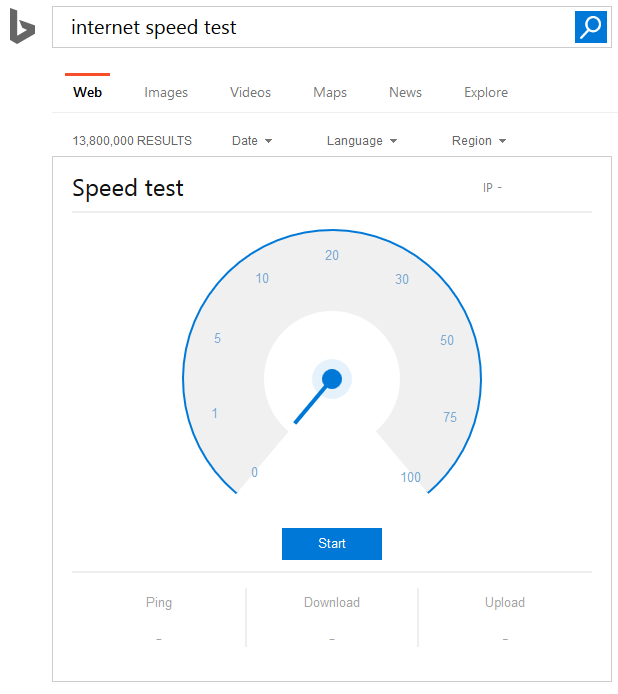 And after running the speed test. 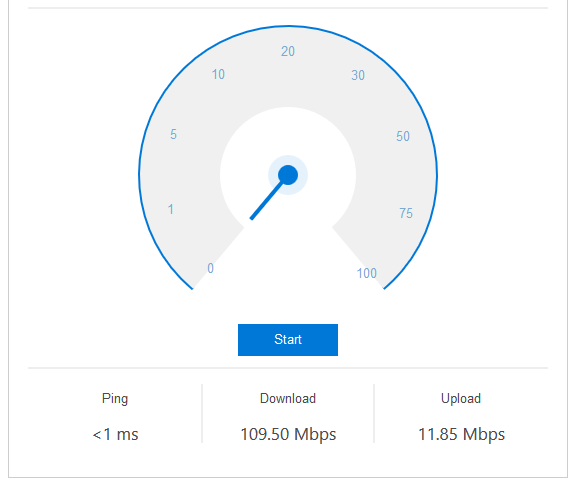 The only thing it lacks is any kind of guidance on how the speed actually is, such as red, yellow and green zones that are commonly used in the search results.  So many people might run this test, but not necessarily know how good or not their speed is, especially when they see the common differences between download and upload speeds.

Something else notable is that Bing’s speed test doesn’t use Flash, while most of the ones that rank in the top of the search results all require Flash.  And with Flash being deprecated in browsers, having a non-Flash alternative makes sense.

Google has released a new version of the Google quality rater guidelines, a year after the last … END_OF_DOCUMENT_TOKEN_TO_BE_REPLACED