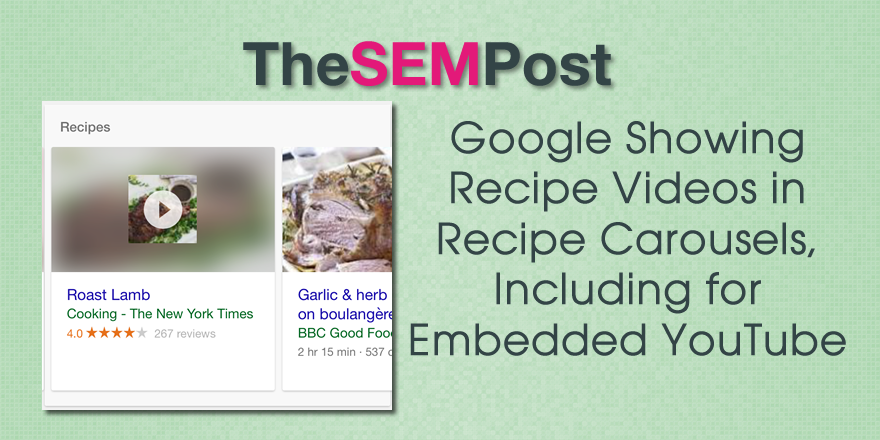 Short recipe videos are becoming increasingly popular, especially on Facebook where these videos – which can be viewed without sound with subtitles – are constantly being shared.  Google is taking advantage of the popularity of recipe videos and are now showcasing them in their recipe carousels too. 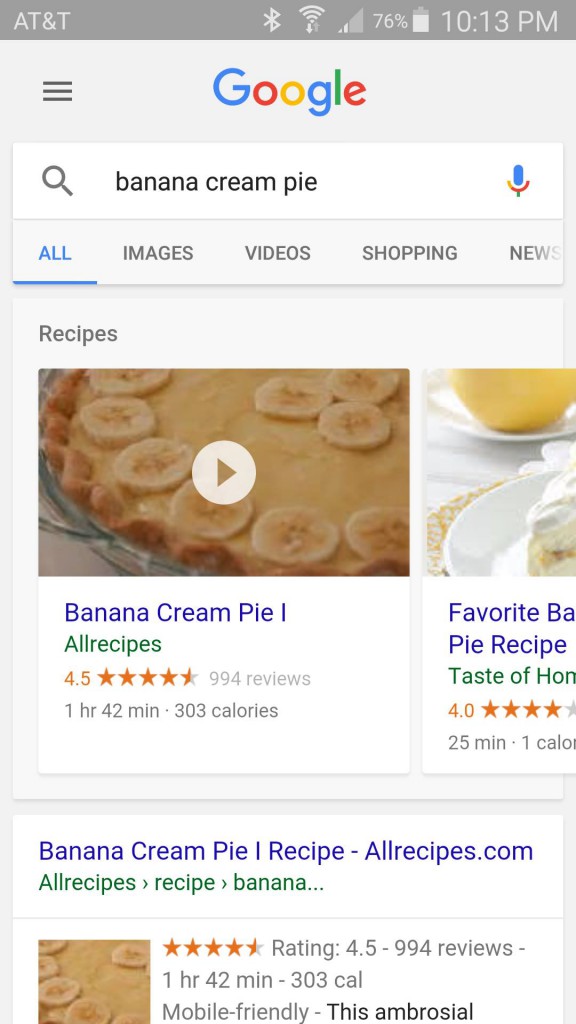 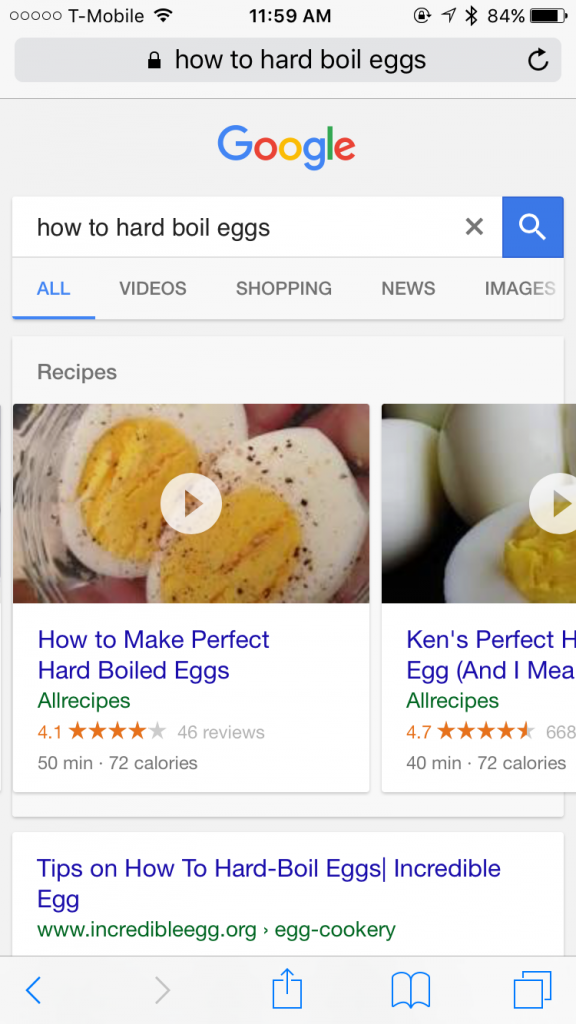 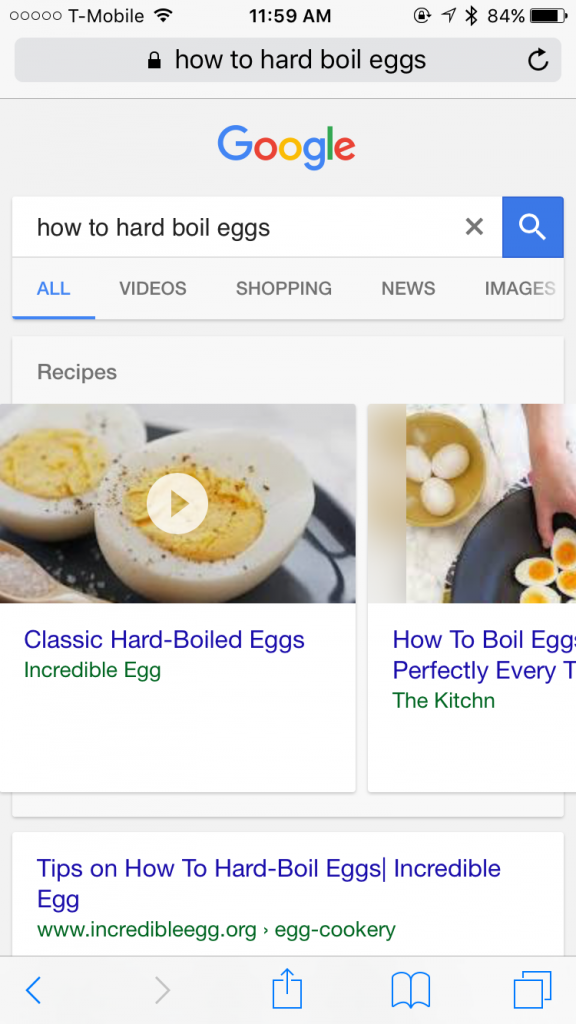 Here are a few more examples which show other sites with the videos in the recipe carousel: 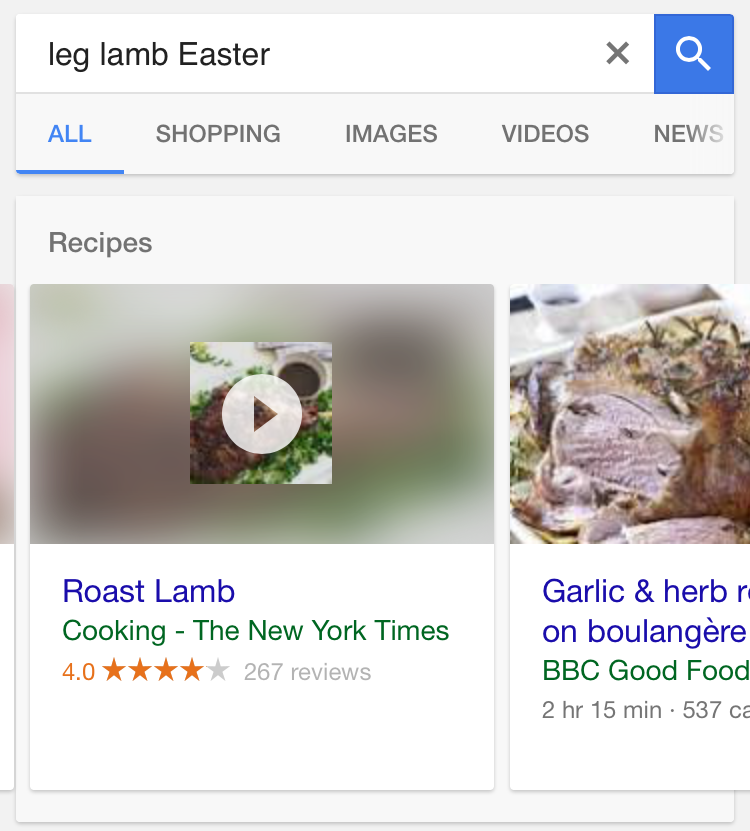 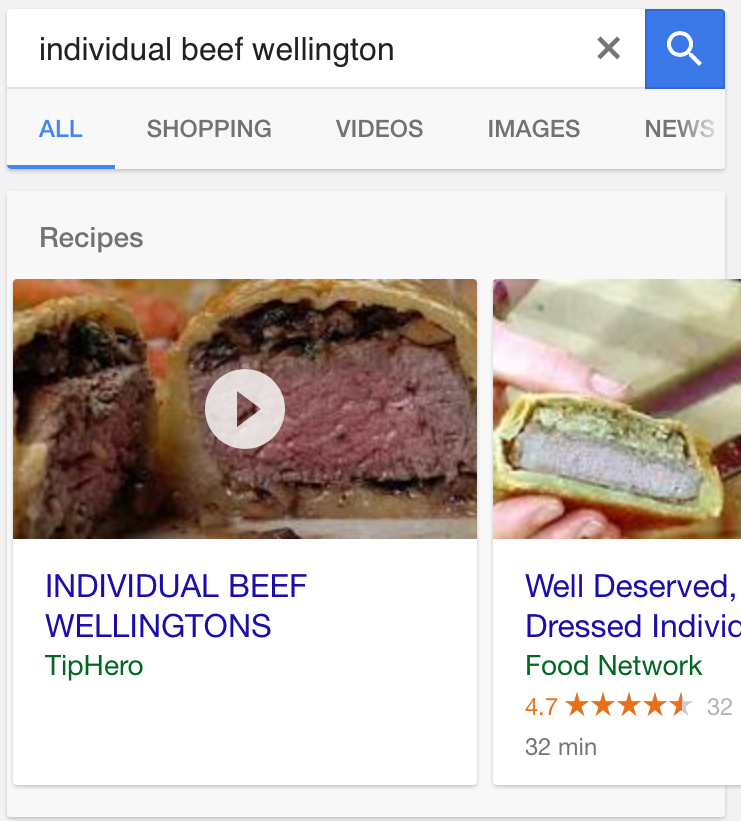 What is worth noting for recipe sites is that these videos do not have to be self-hosted in order to show up as a video in these recipe carousels.  Embedding a YouTube video onto the page can result in the video being attributed to the site in the carousel, rather than just YouTube.  For example, here is the embedded YouTube video on the Incredible Egg site: 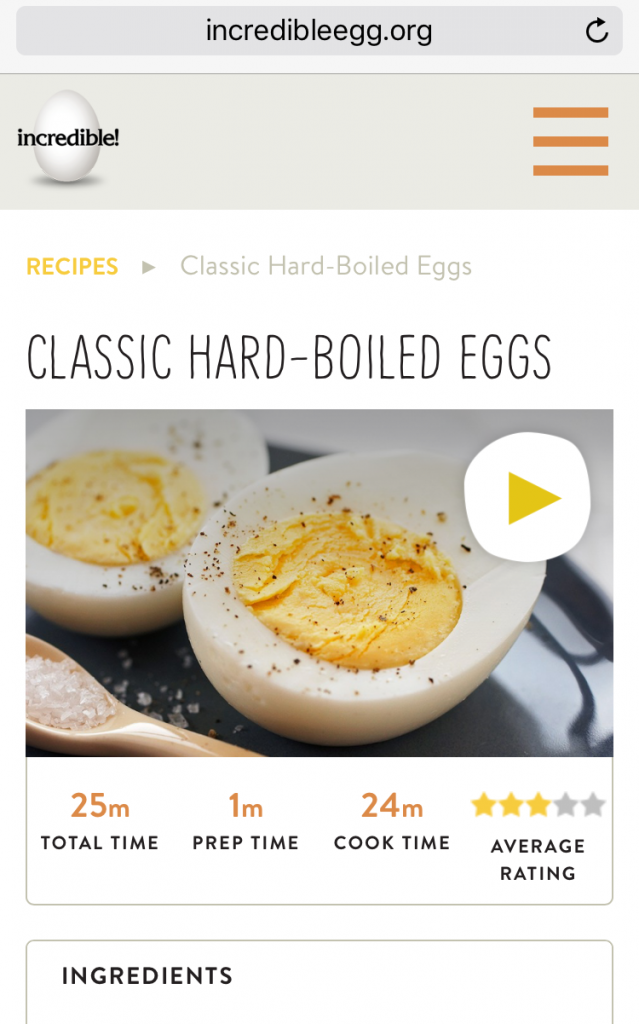 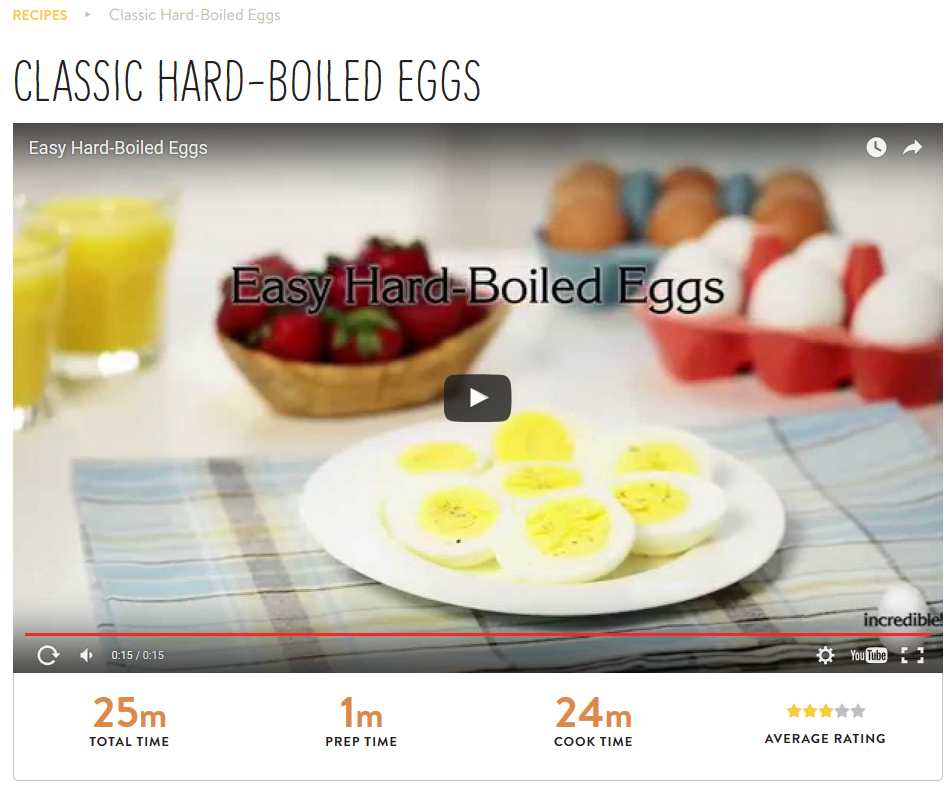 The video is another example of a Facebook style video with no voice instruction and all text instruction displayed on the video itself.  There does not appear to be specific video markup on the page though, so Google seems to be pulling it from recognizing the video embed.

But it also means that recipe websites could potentially embed videos that they haven’t created, and have them rank in these recipe carousels for the video.  This could open up SEO opportunities for recipe sites that don’t create videos, but it is hard to say if it would come at the cost of a regular non-video result in the carousel.

While many people will watch a silent recipe video on Facebook as they scroll past it, how many would prefer to watch a video for a recipe over one they can read the ingredients and instructions for, especially since it isn’t clear that clicking on a video recipe will also bring up that information too.

(Thank you Casey Markee for the pie screenshot, before Google unleashed many more videos this morning)

Google has released a new version of the Google quality rater guidelines, a year after the last … END_OF_DOCUMENT_TOKEN_TO_BE_REPLACED