You are here: Home / Google / Google Wins Lawsuit in Brazil Over Removal of Viral Video and All Related Content

Google recently won a case in Brazil over the removal of a video – and all derivatives of it – that went viral in the country.  The lawsuit, which hasn’t been reported in the English media but has been covered extensively in Brazil, was over a viral video that a family demanded Google remove.  However, what makes this video unique is that the family demanded Google remove all traces of the video, not simply copies of the original, including all the parodies and remixes that others created from the original video, and all without the family having to provide every URL to be removed.

The video, which featured Nissim Ourfali singing a parody of the song “What Makes You Beautiful” by One Direction, was created to celebrate his Bar Mitzvah. His father then shared it on a social network so family members who were unable to attend could enjoy the video too.  It featured not only Nassim but many family members as well. 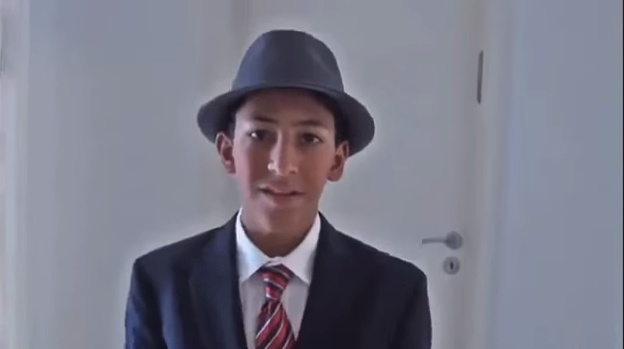 Shortly after it was uploaded, the video began going viral in Brazil.  Despite the family removing it days later,  the video took on a life of its own, spawning more remixes and parodies and was featured on numerous television shows, blogs and news sites. He became a celebrity in Brazil, requiring bodyguards when he went out in public. It even spawned a Know Your Meme entry.

Because of the widespread nature the video took on, Ourfali’s family sued Google in order to have all traces of the video – including anything created from the original video – removed from Google.

In 2012, the courts favored with the family to successfully remove some content but on specific URLs provided. However, the content was reposted on other pages.

Ourfali’s family filed a lawsuit for R$ 30 mil in damages “asking that the video be taken down as well as any publication that uses the name, voice or image of the boy.”

Google felt that it would be impossible to remove all content unless they were given the URLs of the offending content, something the family did not appear to do, and Arthus Fucci Wady, judge of the 1st Vara Cível de São Paulo (Civil Court of São Paulo) agreed with Google. It seems Google was willing to remove some of the content from YouTube, Orkut and Blogger, without specific URLs, although since the content is still available on YouTube, it could be restricted to only searches within Brazil.  There are no notices filed at Chilling Effects and no removal notices listed in the search results at this time.

Many related videos seem to have been removed from YouTube at some point for Terms of Service violations.  Here is one of the originals still available online.

It seems as though the family can file individual URLs for content to be removed, and has done so in the past, but the judge rightly said it would be impossible for Google to hunt down every single video and publication using the name, voice or image of Nassim.  Google has always been willing to remove URLs when official DMCAs are filed, but in those cases, the URLs are always provided by the person requesting the removals.

This case brings similarities to the EU’s “Right to be Forgotten” laws that allows people to supply URLs of specific pages that they feel could hurt them, and search engines are required to remove them from being found while searching for that person’s name. However, the system clearly has some hiccups and many of the removals are being reported in the media, which actually brings more attention to it – something that is also occurring in the Ourfali’s case – reigniting interest in the video once again.

The Ourfali family can appeal the verdict, although it is unknown at this time if they will.