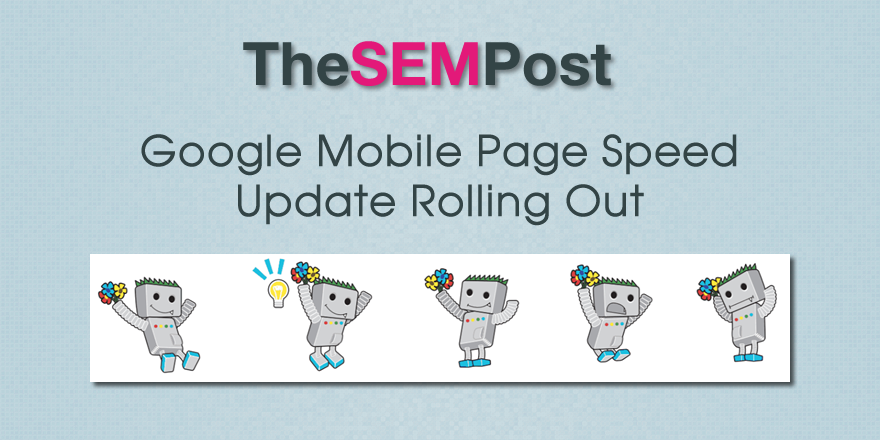 Google has confirmed that their page speed update – officially called the “Speed Update” is now rolling out.  The change makes a site’s mobile page speed a ranking factor.

This will impact all mobile sites, even those that haven’t been officially moved over to mobile first indexing.  If your site is using AMP, and it is implemented correctly, then those pages will not be negatively impacted.

Along those lines, Google won’t give us a number to focus on, because all speed tools use different metrics and Google would rather site owners focus improving sites for users, not Google.  He also said there isn’t “a single metric that covers everything relevant for speed.”

Google says this will only impact a small percentage of searches, and that Google will continue to show brand sites for branded searches, regardless of the site’s mobile speed.  So even if a site is exceptionally slow, but the search is clearly looking for that site, Google will still show it in the search results.

This change is not surprising.  More searches on Google are done from a mobile device than a desktop one, yet many sites only focused on the desktop speed for SEO, and not the mobile speed, since that mobile speed did not impact Google rankings.

Google has released a new version of the Google quality rater guidelines, a year after the last … END_OF_DOCUMENT_TOKEN_TO_BE_REPLACED