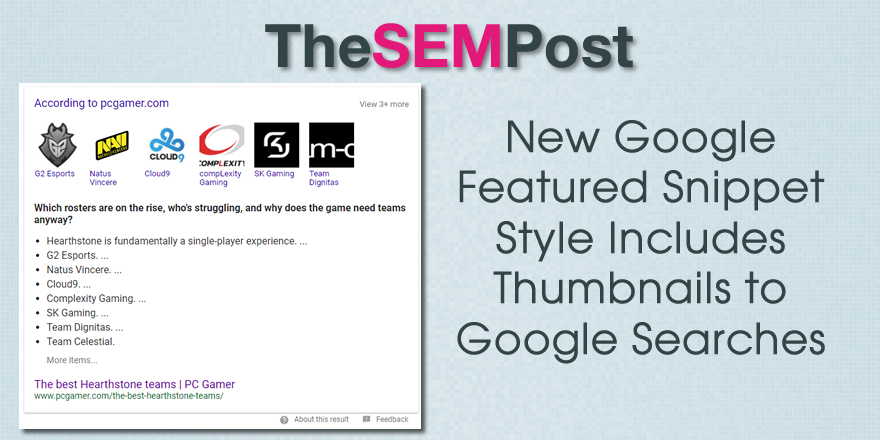 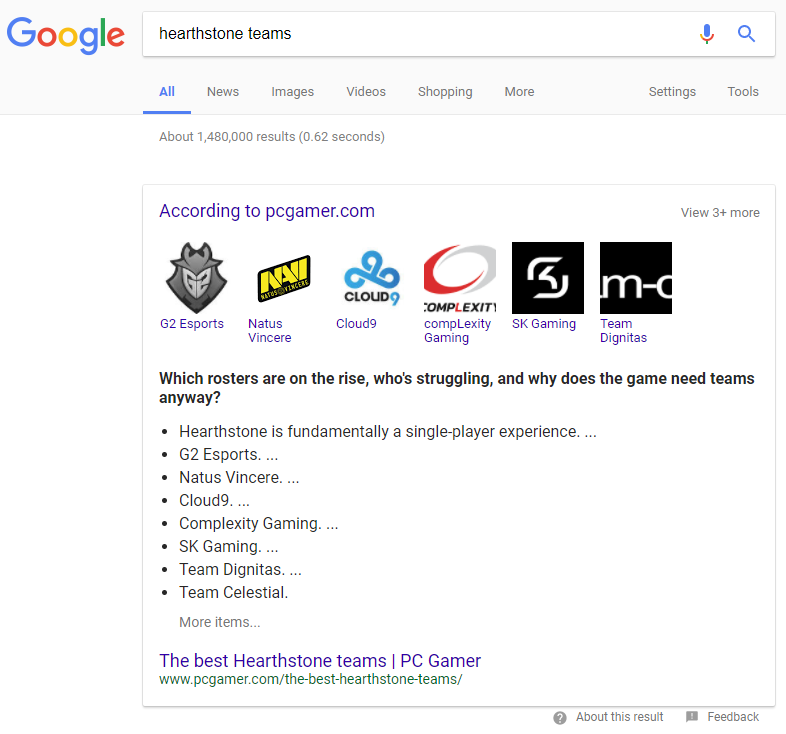 From a user experience point of view, it kind of makes sense.  If people are searching for top teams, then some of those searchers then might want to search for one of those teams.  But Google is still taking that data from the third party website and converting it into Google searches, meaning there is an even less chance that someone would click through to the landing page.

Google does include “According to pcgamer.com” at the top, which does lead to the landing page of the featured snippet, so Google is actually serving two links to the source rather than just the one at the bottom.  But again, it does raise the question of how many actually then click through. 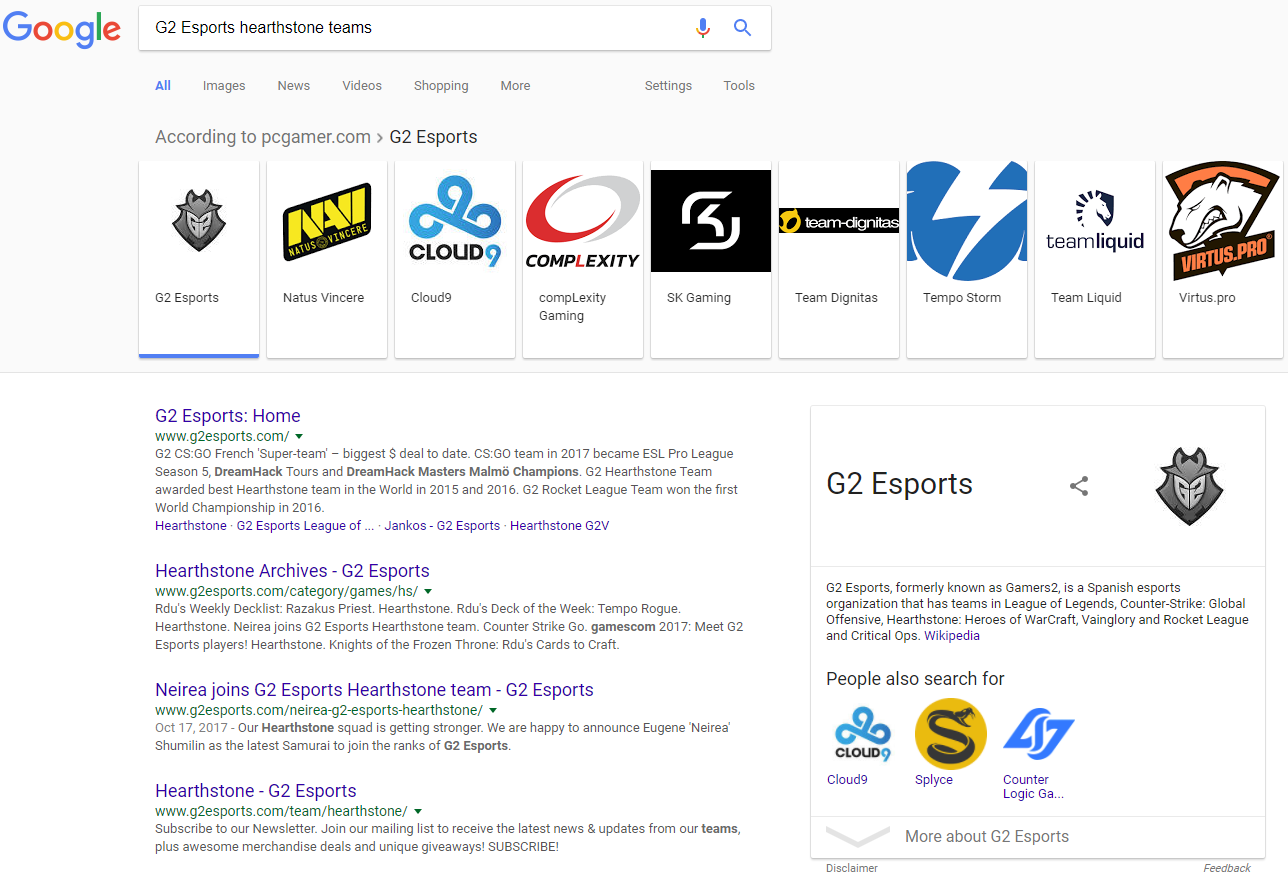 The thumbnails and names are six across, with the option to click the “View 3+ more.”  This then triggers the carousel which does not actually show when someone searches for “Hearthstone teams” but it also removes the featured snippet when doing so.

However, something very interesting is that when it switches to the carousel format, it still says “According to pcgamer.com” and that is still clickable to go to the landing page that the information is pulled from, even when the featured snippet isn’t on the page still.

Google has been adding search features, including carousels, for eSports, but while Hearthstone is an eSport, it doesn’t show the special search features in the same way for Hearthstone.  So this appears to be unrelated, aside from knowledge panels displaying for some of the teams.

How prevalent this style will become is unclear.  I wasn’t able to

Google has released a new version of the Google quality rater guidelines, a year after the last … END_OF_DOCUMENT_TOKEN_TO_BE_REPLACED