You are here: Home / Google / No Ranking Boost for AMP in Google Search Results 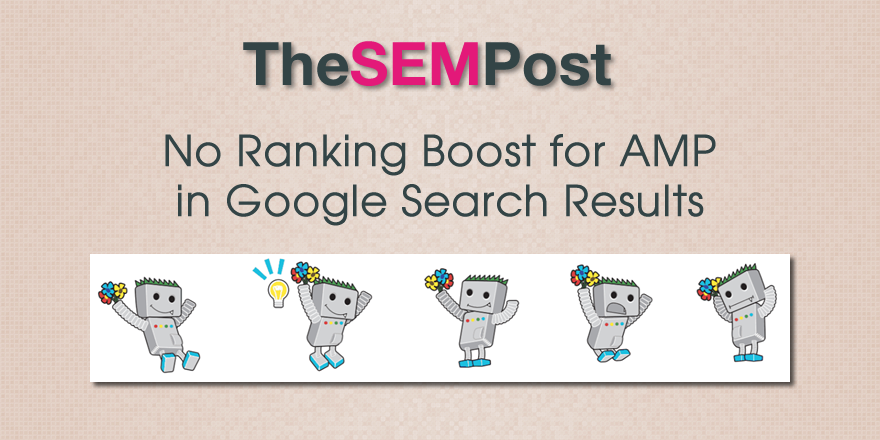 When Google announced that they were bringing AMP to the main organic search results – the “ten blue links” – they specifically said there would be no ranking boost associated with AMP.

To clarify, this is not a ranking change for sites.

However, many are still questioning whether there is or isn’t a boost for AMP, so it seems as though some more clarification is needed.

There is NOT a ranking boost associated with AMP.  So sites will not get any kind of additional ranking boost for using AMP, nor will a site be penalized in any way because they decide not to implement AMP.

@saucisson No – there's currently no ranking difference for AMP URLs.

Google has released a new version of the Google quality rater guidelines, a year after the last … END_OF_DOCUMENT_TOKEN_TO_BE_REPLACED