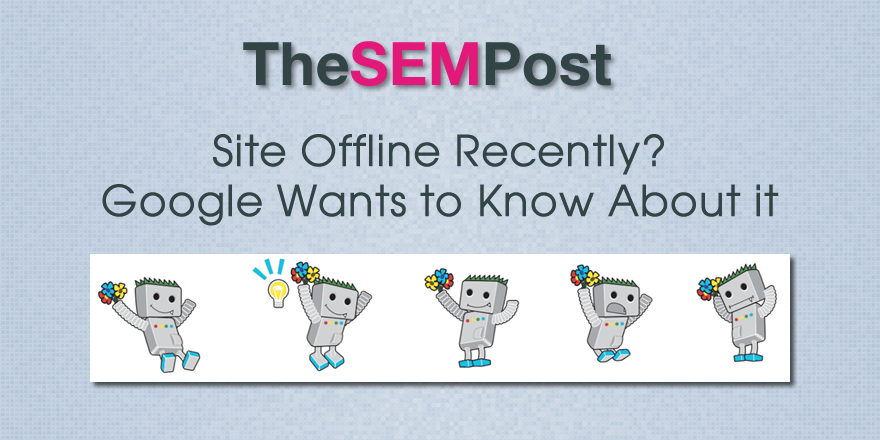 Has your site suffered from some downtime recently?  If so, Gary Illyes from Google wants to know about it.

He posted on both Twitter and Google+ requesting details for those who have had websites go offline for any reason.

He also added some clarification on Twitter, that he was looking for sites that have been down in the last couple of weeks with at least a half hour of downtime.

This would be interesting if they begin adding warnings or alerts to Google Search Console for downtime.  Right now there is messaging that Google will send for an increase of 404s, and while that can sometimes be attributed to a server being down, there can be many other reasons for an increase in 404s as well.  But having one specifically for sites being down would be nice, especially as this is the one site issue that tends to send webmasters in a panic, but also one that webmasters don’t necessarily notice right away.

There are also multiple services online that will check for downtime of a site and/or server on a regular basis, for those who are interested in that type of service.

If you have an example, you can either tweet him as a reply to this tweet, or respond on Google+ here, with bonus pet tax.