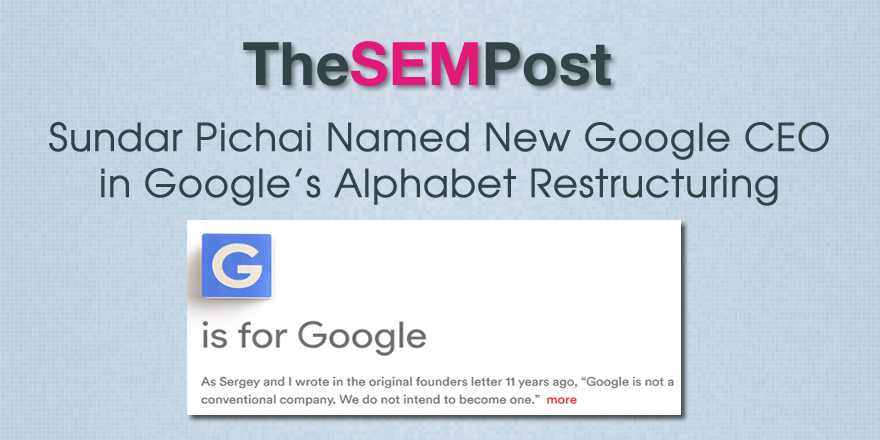 Google has made a surprise announcement of a new Google restructuring, with Sundar Pichai named as the new Google CEO.  Larry Page becomes CEO of Alphabet, Google’s new parent company while Sergey Brin has been named Alphabet’s president.

Google timed their announcement with the launch of the new Alphabet website, at abc.xyz. 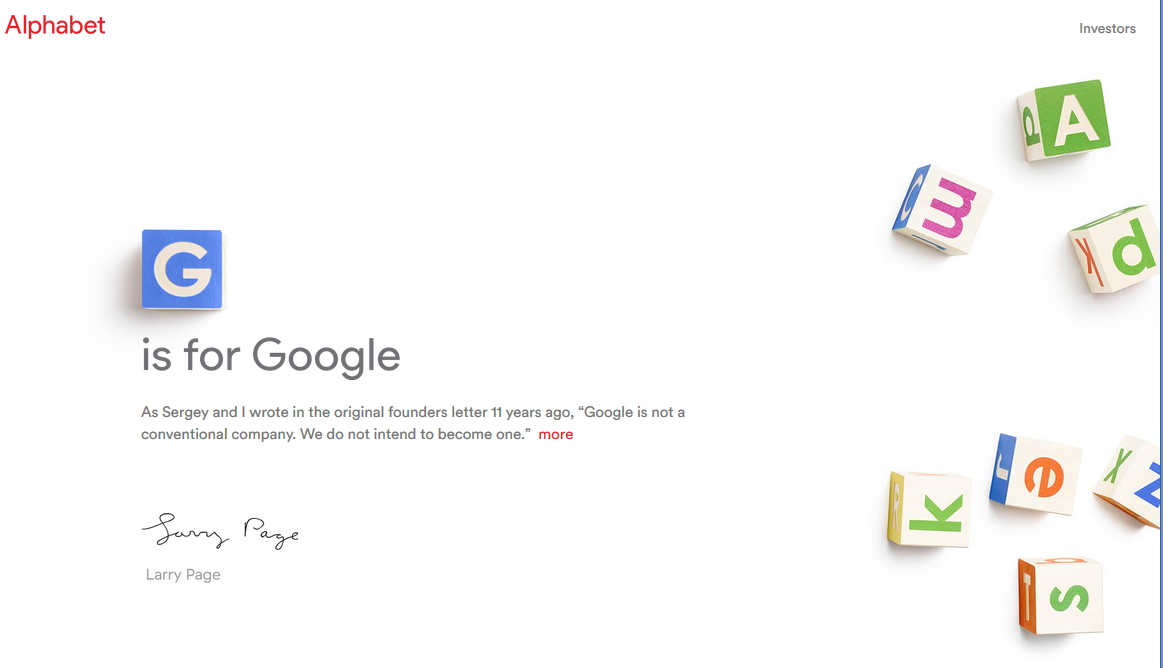 Other named subsidiaries of the new Alphabet company include their Life Sciences area, which as seen the recent glucose-sensing contact lens, Calico, which focuses on longevity and the popular Google X Lab.

With Pichai named as the new Google CEO, Larry Page said in his announcement that they are “very fortunate to have someone as talented as he is to run the slightly slimmed down Google.”

This new structure will allow us to keep tremendous focus on the extraordinary opportunities we have inside of Google. A key part of this is Sundar Pichai. Sundar has been saying the things I would have said (and sometimes better!) for quite some time now, and I’ve been tremendously enjoying our work together.

Page also talks about how Pichai’s success with his new portfolio last October showed his dedication to the company.

He has really stepped up since October of last year, when he took on product and engineering responsibility for our Internet businesses. Sergey and I have been super excited about his progress and dedication to the company. And it is clear to us and our board that it is time for Sundar to be CEO of Google.

As part of the new restructuring, Google’s shares will be converted to Alphabet shares, and Google will no longer be publicly traded on its own.  The stock symbols will remain the same, however, using GOOGL and GOOG.

This is still a developing story, we will continue to update as more news becomes available.

Google has released a new version of the Google quality rater guidelines, a year after the last … END_OF_DOCUMENT_TOKEN_TO_BE_REPLACED